During one single summer in Iran, thousands upon thousands of political prisoners were executed. So-called “death commissions” were set up across the country and they were tasked with ordering the extrajudicial executions of all dissidents. Ebrahim Raeesi was just one of many individuals that participated in the death commissions.

His potential appointment as the next head of judiciary is something will enrage many Iranians who were affected by the 1988 massacre in one way or another. The families of the victims have not been able to bury their loved ones because the bodies were buried in mass and unmarked graves, their whereabouts unknown.

Furthermore, Ebrahim Raeesi has never been punished for the crime. The perpetrators and participants in the 1988 massacre remain unpunished and the anguish this has caused the families of those that were killed is immeasurable.

To make the situation even more unbearable, the perpetrators and participants in this crime against humanity have gone on to occupy high-level positions in the country’s leadership. They have been rewarded rather than punished for their despicable crimes.

Amnesty International highlighted in one of its recent reports on the situation in Iran that the crimes and human rights abuses are still continuing to this day. The families of those killed in the 1988 massacre are threatened, attacked and harassed whenever they speak out about their quest for justice for their loved ones. They even receive the same treatment when they seek information about the burial sites.

It called for an “independent, impartial and effective international” investigation to be established to address not only the 1988 massacre but also the ongoing abuse of family members of the victims.

However, justice will not be easy to come by because the regime has already begun getting rid of evidence. For example, grave sites have been razed.

This is why the appointment of Raeesi as head of the country’s judiciary would be catastrophic. He would no doubt crack down on the movement to seek justice for the events of 1988 at a time when public dissent is prevalent.

The fact that Raeesi has even been considered for the position at all shows the state of affairs in Iran. Freedom, democracy and the respect of human rights are non-existent. The regime does not care about having a fair and just judicial system. It only cares about furthering its own agenda.

Raeesi should be in jail paying for his crimes. Not heading a country’s judicial system. 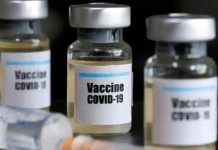