In his original verdict, Khomeini said: “I fear 10 years from now, some analysts want to question this verdict against diplomatic principles.” So that this is not forgotten and to show it still stands, the award was declared.

The funds for the award will come from over 40 institutions – some governmental and some private companies. The bounty is one billion and eighty-one million Tomans which is around $300,000 USD.

In February 1989, Khomeini issued a fatwa against Rushdie stating the charges of blasphemy. This was to divert attention away from his defeat in the Iran-Iraq war. It also served to turn attention away from the demands of the Iranian population following the war and to distract from the problems within the regime.

Since the fatwa was issued, the Iranian regime’s supreme leader has reaffirmed its validity.

The head of the Saraj Cyberspace Organization and the Secretary of the Third Exhibition of Islamic Revolution’s Digital Medias, Mansour Amini, gave the names of the contributing outlets last year. One of the largest contributors was the state-run Fars News Agency. The Fars News Agency has close ties with the Islamic Revolutionary Guards Corps (IRGC) and was among the largest contributors. Its contribution was said to be one billion Rials which is approximately $30,000.

One billion Rials was provided by Cyberban and Tehran Press News promised 300 million (around $10,000). Saraj Cyberspace Organization and the Headquarters for Advocating Virtue both pledged 500 million Rials for anyone who assassinated Rushdie.

The National Council of Resistance of Iran (NCRI) condemned the intentions of the Iranian regime, saying that it is more proof of the nature of the regime. A representative of the NCRI said: “This once again clearly shows that terrorism is intertwined with the very existence of this regime as one of the pillars of its survival.”

He added: “The mere fact that even the so-called media in this regime allocate a budget for terror manifests that all of the regime’s institutions are geared toward its ominous objectives. It’s simply ludicrous to think that one can reach out to some parts of the ruling theocracy to bring about moderation.” 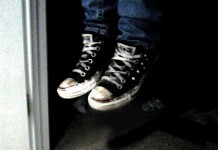 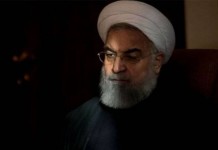 Yet another Iranian child has died from suicide brought about by poverty that meant she did not have a smartphone and necessary equipment to take part in...
Read more
General

Iran’s President Hassan Rouhani and his so-called reformist faction previously promoted the propaganda that all the government’s problems and international challenges would be solved...
Read more
General

On October 14, the British intelligence agency MI5 acknowledged the perception of an increasing overall threat from Iran and other key adversaries of the...
Read more
Go to mobile version