How verifiable is Rouhani’s statement? Regardless of Rouhani’s intention in making this statement, we need to see what is the coordination of the regime facing the coronavirus?

To test Rouhani’s words, it may be better to review the state media and the statements of the medical and health officials of the regime.

That said, one must bear in mind that any comment in this regime goes through a filter of censorship and “media engineering” so as not to jeopardize the regime’s existence.

However, what the media, medical and health officials are presenting these days about the coronavirus outbreak is very different from Rouhani’s remarks.

According to Kianoosh Jahanpour, spokesman for the Ministry of Health, the number of patients in the 24 hours ending 2 June has reached 3,117, an increase of four times compared to a month ago, roughly equivalent to the highest number of corona’s outbreak in the country in three and a half months.

Jahanpour adds that “Hormozgan, West Azerbaijan, Isfahan, Kurdistan, Kermanshah, and Bushehr provinces are on alert, and Khuzestan province is in the red situation for the third consecutive week.”

According to the Ahvaz University of Medical Sciences, 28 cities in Khuzestan province are in the red situation, and the coronavirus infection is “more common than expected.”

In Hormozgan, the president of Hormozgan Azad University said: “We are facing a 10 to 15 increase in the number of people with a corona in Hormozgan province compared to the early days of the corona prevalence. (ISNA, 2 June)

“Unfortunately, the situation in Minab has risen from a warning to a serious alarm and the situation is red,” the Minab governor said. (MEHR news agency, 2 June)

“In the past month, the number of coronavirus patients in Mahabad has been rising with an ascending slope and alarming,” said the president of the University of Medical Sciences in West Azerbaijan.

“Statistics show that the death toll from coronavirus in the city has increased by 50 percent over the first 10 days of June compared to the same period in May,” said the governor of Nishapur. (ILNA, 1 June)

Reza Asgari, the Zanjan governor, said on 2 June about the local situation facing the coronavirus: “Unfortunately, Zanjan province is not in a good situation at the moment.”

Massoud Mardani, a member of the Coronavirus Scientific Committee, warned on 1 June that “the second wave of epidemy is currently taking place in Khuzestan, Sistan and Baluchistan, Kermanshah and Hormozgan.”

Ali Akbar Haghdoost, director of the Department of Epidemiology of COVID-19 at the Department of the Ministry of Health, also said that “there is no scientific evidence that the coronavirus is going to be weak.”

Saeed Namaki, the regime’s Minister of Health, announced in a TV interview on 1 June, “Some officials also suffering from illusion, at put pressure on me to open this or that place… By God is not working so. Not only the corona is over, but we may also have a new dangerous peak.”

Now, in spite of these statements, the question that arises is why Rouhani closes his eyes and gives a dreamy and imaginary image from the regime’s situation in dealing with the coronavirus.

Haririchi, the deputy minister of health, may well have answered that question by saying, “We have to reopen to turn the wheel of the economy and get people to go to work.”

In the same conference, Rouhani added: “All agencies are required to have a written plan to fulfill the slogan of the ‘leap of production’ and the completion of large-scale national projects.”

While claiming that the regime has, “success in managing and countering the coronavirus”, added, “According to objective documents approved by the World Health Organization, Iran has been among the best countries in managing and combating the disease.”

Only in one instance of that, contrary to what Rouhani claims, Rick Brennan, the Middle East official at the World Health Organization, had previously estimated the actual number of people infected with the coronavirus in Iran at five times that of the regime’s figures.

Supreme Leader Ali Khamenei and Rouhani have no hesitation to take the Iranian people to the coronavirus altar, under the guise of “turning the wheel of the economy,” although medical officials warn about the red situation in the country. 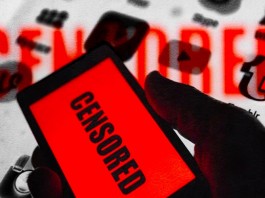 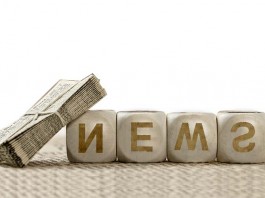 Safavi on Rubin’s Attacks on the MEK 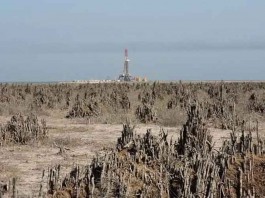