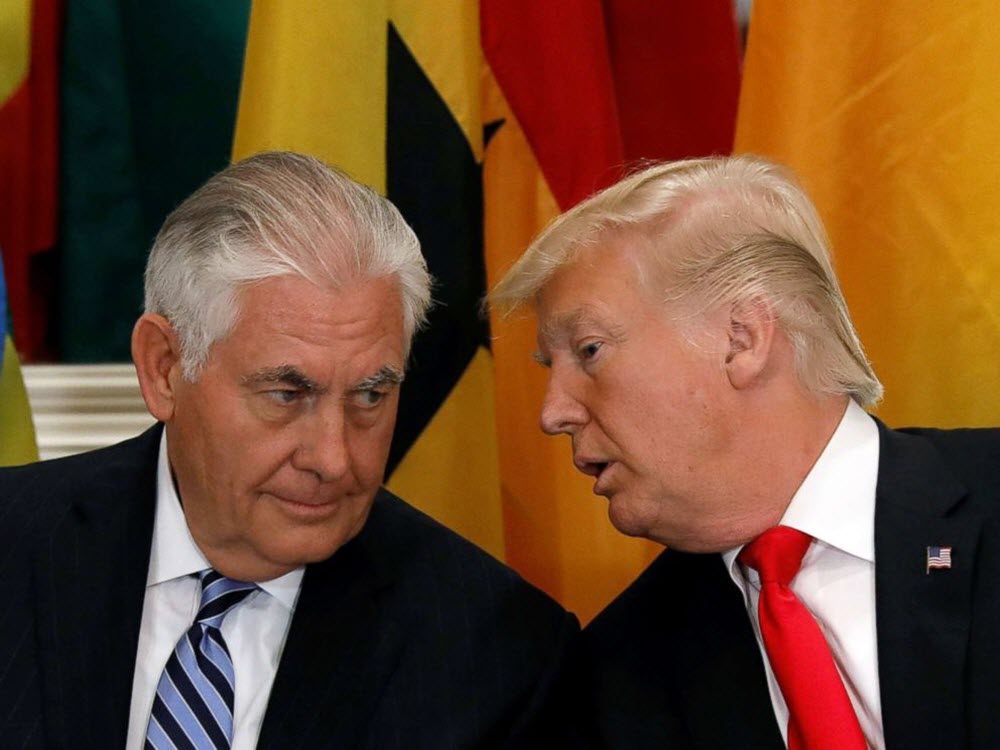 Many believed that Tillerson, because of his resume and the prestige of his position, deserved a face-to-face meeting in the Oval Office, and an explanation followed by a firm handshake, and thanks for his service. Still, members of the executive branch serve at the president’s pleasure. The POTUS may fire anyone he pleases, and by any means he chooses.

It appeared that Tillerson and the administration were not on the same page regarding almost anything. They disagreed on many major issues, like moving the U.S. embassy to Jerusalem, Qatar, North Korea, and most significantly, the Iranian nuclear deal. As well, Tillerson had issues with Jared Kushner and Ivanka Trump.

Trump chose Mike Pompeo to be the new secretary of state — unsurprising in that Pompeo was an early supporter of Trump’s presidential bid, a respected conservative member of the House Select Committee on Intelligence and CIA director, but most importantly it seems, Pompeo has a personal rapport with the president.

Pompeo and Trump align on the major issues facing this administration. Pompeo is a hardliner on Iran, calling its regime to a “thuggish police state,” and has stated that he looked forward to rolling back the disastrous nuclear deal with the “world’s largest state sponsor of terrorism.”

As secretary of state-designee (likely to be easily confirmed), Pompeo’s role in putting Trump’s foreign policy into action has expanded, but he must also sell it to the American public. As one of the administration’s most visible spokespersons on the Sunday
morning news shows, such as Face the Nation, Fox Sunday News, Meet the Press, ABC’s This Week, and CNN’s State of the Union, to name a few, he will be a much stronger “salesman” than Tillerson.

Trump, with Pompeo at his side, will present a much more unified front now, as he and his administration tackle the important issues of Iran and North Korea in the days and months ahead. While the change at the Department of State was abrupt, it was a necessary realignment at a very good time.