While all countries were cautious about China, Iran’s Mahan Air Airline belonging to the regime’s Revolutionary Guards (IRGC) forces continued to fly to China and this bizarre act was even reflected in the state-run media.

In this regard, the Hamshahri Online website on 27 February wrote: “A picture on social media sites is being shared that is showing that Mahan Airlines is still flying to China.”

Kan News wrote: “The Airbus 340, a Mahan airline that made China’s Shanghai fly this morning, is flying from Shanghai to Tehran.”

Mahan Air, under pressure from public opinion, admitted in an Instagram post for the “Public’s Enlightenment” accept that it had made nine flights to China after the order to stop the flights.

Earlier, a member of the regime’s parliament, Bahram Parsai, in an interview with ISNA news agency unveiled these catastrophic flights of Mahan Air to China.

He did not dare to name the airline owned by the IRGC because of fear, but his explanations clearly indicated that he meant the Mahan Air Company.

Parsai specifically described the source of coronavirus entry to Iran as this domestic airline and said: “The World Health Organization (WHO) announced a state of emergency in China in the early days of its outbreak in China, after which we were able to see the managing on this issue worldwide, but unfortunately, for some reason that could not be justified, one of the Iranian airlines continued to fly to China, and even passengers from other countries were displaced by the Iranian airline. The warnings were not taken seriously, and the negligence is very clear.”

The profiteering of this domestic airline or the wrong policies of it, as well as not taking the World Health Organization’s warnings seriously caused that the coronavirus enters Iran. Since the virus has not been reported in neighboring countries, the virus has entered the country through flights, and it is unclear when the virus came to Iran. (ISNA News Agency, 22 February)

A video released on the social networks revealed that the Mahan Air Airlines not only flies to China from Iran but also because of profiteering, took Chinese travelers, when other airline companies didn’t do it because of the coronavirus, brought them from Istanbul’s airport to Tehran and from Tehran to China.

On 31 January 2020, Reza Jafarzadeh, a spokesman for the regime’s airline, officially confessed in an interview with the government’s television that flights to China and East Asia were continuing.

Mohammed Hossein Ghorbani, deputy chairman of the regime’s Health Commission, also acknowledged that the airlines had been warned, but they said they were ‘private’ and did not cut flights and said they did not want to have an economic loss.

In this regard, ISNA on 24 January quoted him: “The Deputy Chairman of the Majlis Health Commission stated that the Ministry of Health had warned of the risk of transmitting the coronavirus to China via airline, but despite the medical warnings, Airlines have declared themselves private and should not be harmed because of government’s decisions… The virus has been transmitted to our country through communication and flights to China and East Asia, as well as failing to comply with health issues at entry points including Airports, entered the country.”

Since the government’s approval, the company has had two flights to Beijing and two to Shanghai, ISNA wrote.

Earlier, China’s ambassador to Bahman on 2 February wrote in a tweet: “During a meeting with Arabnejad, Mahan Airlines’ CEO, he announced that they wanted to continue cooperation with China.”

Mahan Air’s cooperation with China was during its nationwide crisis, while many airlines stopping flights to China.

Although Mahan Air’s role in transmitting the coronavirus from China to Iran is obvious, Mohammad Islami, Minister of transportation and metropolitan development, has denied that the coronavirus was transmitted to Iran via flights to and from China.

Regarding the news and the confessions of the regime’s factions, it is clear that the Mahan Air belonging to the regime’s Revolutionary Guards (IRGC) was the main cause of transmission of the virus from China to Iran and this national catastrophe, only because of the economic benefits of the regime. 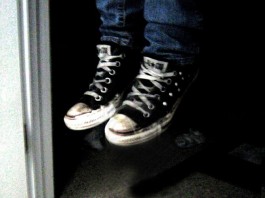 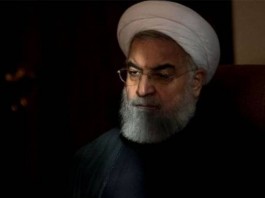 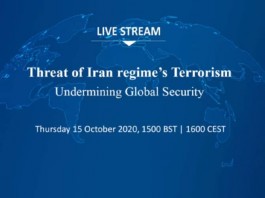