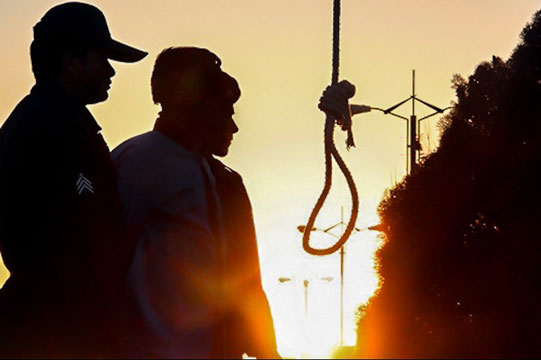 Her lawyer said: “They did not inform me as the lawyer of Farzaneh Moradi of the implementation of this sentence. While this is in line with regulations, the lawyer is one of the people that should be informed and present at the time of execution. I was unaware of the time of execution and I learned about it through other people.”

Farzaneh Moradi, 26 when she was executed, spent the last 11 years in horrendous prison conditions. One month ago she was taken to the gallows, but she was not executed and instead returned to her cell.

Talking to her mother, Farzaneh said: “In solitary confinement it was dark and frightening. They came after me at 7 a.m. and told me that it is time for the sentence to be carried out. My legs could not bear my weight and I crawled on my hands and legs the distance from my cell to the gallows. They told me to stand on the stool. Then, they put the noose around my neck. I only cried and pleaded. I shouted that I am not a killer and that I am innocent. Ultimately, they temporarily returned me to my cell.”

Speaking on Farzaneh’s psychological problems, her mother said: “They called me from the prison and told me that she is worse. Prison’s assistant said that even potent medicines no longer worked on my daughter and she had developed many psychological problems. They said that this had been caused by the shock of the interrupted execution. It is said now that if judicial officials agree, my daughter will be hospitalized in the mentally disturbed section of the hospital.”

Ultimately, by the court decree, instead of being hospitalized, Farzaneh Moradi was hanged in prison, still in shock from her previous experience of almost being executed.