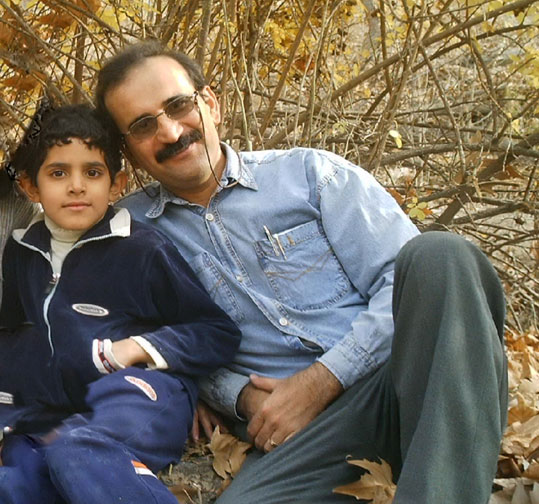 Khosravi was first arrested at the age of 16; after spending several years in prison he was released in 2007. He was arrested again in 2008 upon a complaint by the regime’s ministry of intelligence, charged with giving financial contributions to Simaye Azadi (Iran National TV), the Iranian Resistance TV network. He was then brutal tortured by the regime’s henchmen. Khosravi has been in solitary confinement for 40 months since 2009, part of the campaign of physical and psychological pressures used by his interrogators to force a false confession and break his spirit.

Khosravi was first sentenced to three years imprisonment by the revolutionary court of the city of Rafsanjan (central Iran), but later upon the request of the prosecutor of Kerman province his sentenced was increased to 6 years in prison. His case was then referred to Tehran’s court; this time he was sentenced to death on the charge of “moharebeh (enmity of God)” and “opposition to the Islamic Republic” by branch 26 of Tehran’s court, presided by judge Pir-Abbasi. Appeal requests filed by Khosravi in December 2012 were rejected by branch 31 of the Iranian Supreme Court.