Home News Human Rights Call by seven political prisoners in Iran: Save the lives of ill... 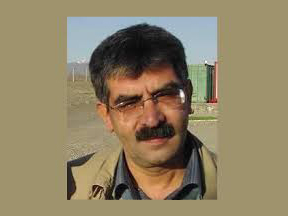 In their letter, they reminded the deliberate murder of Mohsen Dogmechi in Gohardasht Prison due to depriving him of medical treatment and demanded the referral of the dossier of the Islamic Republic of Iran to the UN Security Council in order to stop this trend.

March 28 is the third year of martyrdom of activist of the PMOI Mohsen Dogmechi. He was a political prisoner arrested in 2009 by agents of the Intelligence Ministry. After enduring interrogations and several months of solitary confinement and an unfair trial, he was condemned to 10 years in prison.

Despite the fact that he had cancer, he did not receive any medical treatment for his critical conditions and Tehran’s Prosecutor Jafari Dolatabadi told his family: “It is not that all of you should be executed; some of you must be killed in this way.“ With this logic, he was refused all medical treatment and to make matters worse for him, he was transferred from ward 350 of Evin Prison to the Gohardasht Prison in Karaj. He was so sick that even his close friends did not recognize him when he was brought to Gohardasht. After suffering six months of excruciating pain, he died in Gohardasht.

The trend of depriving political prisoners from medical care and treatment has continued since and they face serious threats to their health.

Therefore, we political prisoners bring the attention of the public and freedom-lovers, the human rights activists, the international bodies, and the UN Special Rapporteur on the situation of human rights in Iran to this matter and call for the referral of the dossier of a regime replete with crimes to the UN Security Council.