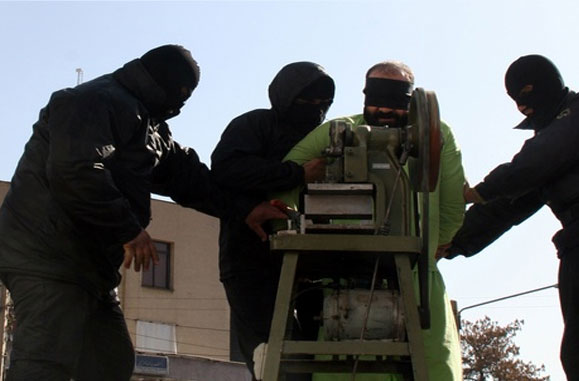 Judge Kourosh Zarei, deputy prosecutor, added: “One of his accomplices who was injured during his arrest died in hospital in Shiraz due to severity of his injuries. His other accomplice was sentenced to right hand and left foot cut-off after arrest and trial and the verdict is confirmed.” This is while on Tuesday, February 18, the clerical regime hanged 20 prisoners in a series of group executions in different cities of the country. Eight prisoners in Ghezel Hessar prison, five prisoners in Bandar Abbas, four prisoners in Kerman, and three prisoners in Qazvin were executed.