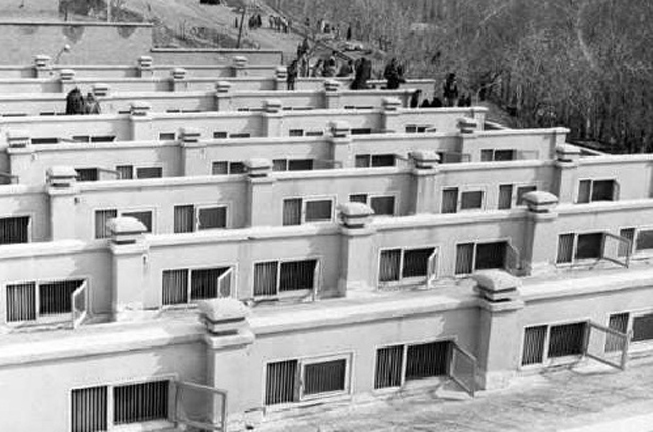 Ward 350 is the ward of political prisoners in Evin Prison, including those who are imprisoned on the charges of affiliation with the People’s Mojahedin Organization of Iran (PMOI/MEK). The Amnesty International condemned the raid in a call for Urgent Action on Friday, April 17.

According to reports from inside Iran including eyewitnesses, the assailants were from the Intelligence Units of the IRGC, the anti-riot Guards of Evin Prison and the regime’s intelligence and security agents (known as plain-clothed). Some of the assailants had put on glasses and had covered their faces. The prisoners were moved through a human tunnel and were beaten as they were moved in that tunnel.

According to the statement issued by the political prisoners of Gohardasht Prison in Karaj (West of Tehran), more than 100 agents were deployed in the raid to Ward 350.

The assailants were in particularly focused on prisoners who are charged with  being affiliated to  the PMOI/MEK and beat them up more severely, and wounded a number of them. According to these reports, the security forces beat up even elderly prisoners as well.

According to these sources, when prisoners of who were in rooms 1 and 3 of the ward, the rooms where the prisoners are who primarily incarcerated on charges of affiliation to the PMOI/MEK are kept, were attacked, the other prisoners protested the security agents and got engaged.   According to these sources, the prison’s loud speakers specifically announced the orders to attack rooms 1 and 3 of the ward.

According to the reports, a number of prisoners who are charged with affiliation to the PMOI have been transferred to a different location and their fates remains to be unknown.

The henchmen in Evin have transferred 32 political prisoners to solitary cells in Ward 240 of Evin despite their injuries and their need for medical treatment and there is no news on their conditions.

The political prisoners in Ward 350 of Evin Prison have gone on a hunger strike since Friday, April 18, in protest to the barbaric raid on this ward on Thursday by the suppressive forces and the fact that there is no information on the fate of 32 of their cellmates.

Likewise, in relation to this incident, on Saturday, April 19, the families of the political prisoners staged a protest gathering in front of Tehran’s Public Prosecutor’s Office in Ark Square.