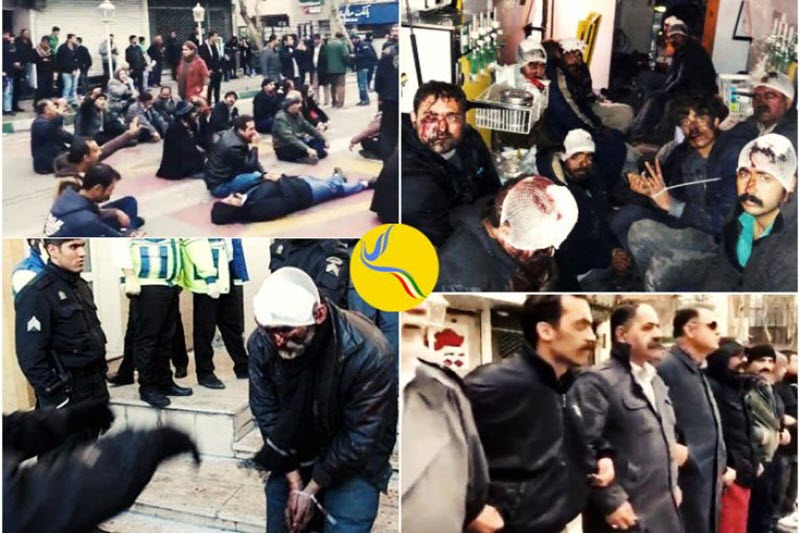 On Tuesday, July 17, Tehran’s prosecutor Jafari Dolatabadi said that sentences had been handed down against 258 Iranian dervishes of the Gonabadi order for their role as “elements of last February’s turmoil”.

This comment refers to the protests by the members of the minority Sufi Muslim faith in February, pleading for the Regime to release other members of their religion who had been falsely imprisoned and to stop their surveillance of their 91-year-old leader Nourali Tabandeh.

The Regime’s suppressive security forces came in to shut down the protests with violence which left hundreds injured and five dead. The arrested dervishes were all charged with “action against national security, disturbing public peace and order, and ignoring police orders”, which are common charges levied against political prisoners in Iran.

The International Federation of Human Rights Societies described the trial as “a mockery of justice” that was shrouded in “cover-ups” and “a blatant violation of international principles and standards”.

Although the Regime has yet to reveal the sentences, Majzooban-i Noor (Enchanted by Light), a site affiliated with the dervish religious order, has revealed some sentencing information against other Sufis in the last couple of weeks. According to them, ten dervishes were sentenced to “69 years in prison, 444 lashes, and fourteen years of exile”, while a further 46 dervishes were sentenced to 171 years.

While dervishes’ rights activist Fa’iza Abdipour tweeted: “23 dervishes have been sentenced to exile, lashes and a total of 119 years behind bars.”

While 51-year old dervish Mohammad Reza Salas was hanged on June 18 for killing three police officers during the protest, despite evidence that he was already arrested at the time of the attack.

The imprisoned dervishes are protesting their arrest and the denial of due process by going on hunger strike, according to the Center for Human Rights in Iran (CHRI). They were kept in unbearable conditions and solitary confinement whilst awaiting trial and were then denied access to lawyers.