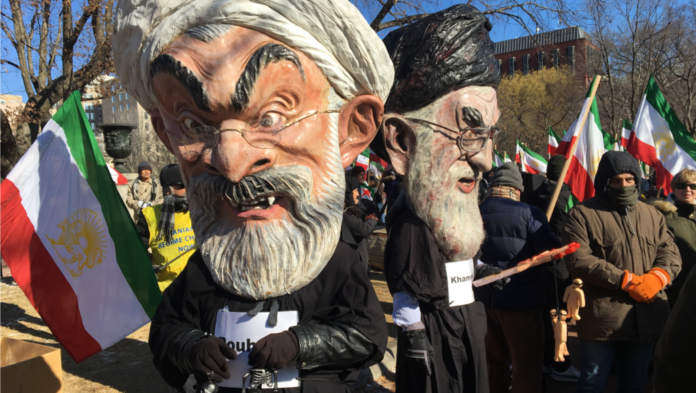 In her analysis on the recent uprising in Iran, she argues that the people are determined for regime change to happen soon. She explains that a local protest in the city of Mashhad in December last year quickly spread into a major uprising in the space of just a few hours.

The main opposition to the Iranian regime, the People’s Mojahedin Organization of Iran (PMOI or MEK), said that every single one of the 31 provinces in Iran held protests. Furthermore, it was not just one part of society, but all sectors including the ethnic groups such as Kurds, Arabs, Turks, and so on.

The MEK has previously advised the people of Iran, especially the young people, to join together and rise up against the clerical rule. And this is exactly what happened. Sepehrrad said: “The intensity, the speed, the breadth, the slogans targeting the entire regime – with all factions included, representing most socio-economic classes – caught the Islamic Republic by surprise.”

The MEK has for many years discussed and highlighted the many grievances of the Iranian people. There are a wide range of factors that have led the people to completely reject the current leadership and Sepehrrad highlights that the most recent uprising is not an extension of previous routing protests. She emphasises that they are representative of a “different political undertone”.

Contrary to the 2009 uprising, the recent one has been more organised and more direct. Sepehrrad said: “From day one, they had a specific course of action, direction, purposeful targets, and coordinated mobilization effort across the entire country.”

During the uprising, many brave women were seen actively organising and guiding the protests. Sepehrrad recalls one woman in particular who was surrounded by security forces but defiantly chanted “Death to Khamenei”.

In an analysis of the slogans that were chanted during the protests, Sepehrrad concludes that the vast majority of them were calling for an end to the regime. The people not only called for death to the Supreme Leader and President Hassan Rouhani, but they also called the regime out on its widespread corruption, its “deceptive and depraved exploitation of Islam” and its meddling abroad, especially in Syria.

The MEK is positive that regime change is on the horizon and Sepehrrad’s research concludes that the evidence is certainly pointing that way. The people of Iran are determined to overthrow the regime and there is no room for negotiation.