The summary of repression and human rights violations in Iran in November 2021 is as follows:

According to reports, in November 2021, at least 28 people were executed in various prisons in Iran. Among those executed were two women and a child offender. The age of the executed prisoners is between 23 and 56 years old. Executions took place in Kerman Central, Central Mashhad, Central Zahedan, Central Isfahan, Gohardasht, Central Yasuj, Central Qazvin, Central Qom, Central Rasht, Central Shiraz, and Ghezel Hesar.

Execution of children in Iran:

Arman Abdolali: After being transferred to solitary confinement for execution seven times, this prisoner was executed in Gohardasht prison on November 15, 2021, for murder. He was 17 years old at the time of his arrest. Arman did not have a fair trial and, on the other hand, was forced to make confessions under torture and then withdrew his confessions.

Execution of women in Iran:

A woman, whose name could not be identified, was executed for murder along with her husband after 3 years of imprisonment in Yasuj Central Prison on November 23, 2021.

Maryam Khakpour: She was 41 years old and after 5 years of imprisonment for drug charges, she was executed in Isfahan Central Prison on November 25, 2021. She had repeatedly said to be innocent and that the drugs belonged to her husband. The prisoner’s husband was sentenced to 18 years.

Other Executions in Iran:

Mohammad Ra’isi: A 23-year-old Baluch prisoner was executed in Shiraz Central Prison on November 2 for murder. The news of Mohammad’s transfer to quarantine was announced to the family the night before, and Mohammad was executed before the family arrived in Shiraz.

Ahmad Bahrami: He was a police officer and was executed in Gohardasht prison on November 10, for killing two people.

At least 422 people were arrested in November, according to reports.

At least 385 people were charged and arrested because of participating in the Isfahan uprising, publishing, and sending pictures of farmers’ protests, attending to gather, collaborating with opposition parties, publishing critical material about the regime’s Friday prayer leader of Dargaz, propaganda against the regime, and collaborating with PJAK and sending videos of social problems.

At least 300 of these arrests are related to participating in the Isfahan uprising. Of course, this figure is approximate, and the real number of those arrested in this uprising is believed to be higher.

In this month, 39 people were charged and arrested because of fuel porting, publishing unusual images and videos on the Internet contrary to the regime’s ordered culture, clashes with law enforcement and security officers, running Instagram dating pages, publishing norm-breaking videos under the pretext of happiness on the Internet, and publishing clothing modeling images on the internet.

During this time four Baha’is and Christians were arrested to serve their prison sentences.

There have numerous reports of torture in prisons and detention centers:

Abolhassan Montazer, 61, was sent to Gohardasht Hospital as an emergency from Gohardasht Prison due to poor physical condition. He recently underwent open-heart surgery and suffers from type 1 diabetes and clogged arteries. However, at the request of the head of the prison, the officers chained his legs while he was being taken to the hospital and admitted to the emergency department.

Ali Halafi, a political prisoner in Masjed-e-Soleiman Prison, who is serving a 30-year sentence without a day off, has been denied medical treatment or sent on medical leave despite suffering from gastrointestinal and lung diseases.

Zahra Safaei, a political prisoner in Qarchak Prison in Varamin, was returned to prison after suffering a heart attack and surgery in the hospital, despite her unfavorable physical condition after heart surgery, and her inability to bear the conditions in the prison.

Mohammad Ashtiani, a political prisoner in Karaj Central Prison, is denied access to his essential medicines.

Two Baluch citizens named Murad Hut and Khodadad Hut, who was his son-in-law were killed in the Lirdaf-Jask axis by the direct fire of Jask intelligence agents.

A businessman named Farhad Zandi, married and having a little child, was shot dead by police on the Sanandaj-Dehgolan road without prior notice and on suspicion of carrying smuggled goods in his car. After inspections, it became clear that his car was empty, and he was not carrying any cargo.

After a car accident in which many people had gathered at the scene, a teenager named Aras Ghaderi from Pachun village of Marivan province was shot dead by IRGC agents.

A Baluch citizen named Ali Barahui was shot in the head by officers of the Tehran Police Station on the Bam-Reygan highway. Ali Barahui was returning home from work in Narmashir when he was shot.

A young culbar named Mohammad Khodaei, 28 was killed by direct fire by the Border Regiment at the Sardav Baneh border.

A prisoner was killed under torture: A 24-year-old prisoner named Khosrow Jamalifar, who had been imprisoned in Sanandaj Central Prison for murder for 3 years, died in solitary confinement after being beaten by prison security officers. Prison officials lied and said that he committed suicide. 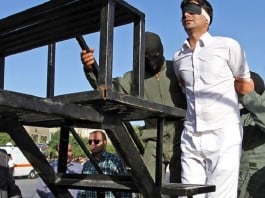 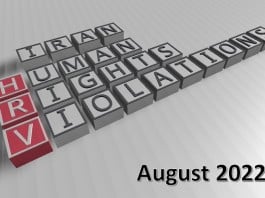