The regime’s Supreme Leader Ali Khamenei was forced to acknowledge the growing internal fissures of his regime during a recent meeting with his followers.

His audience of religious singers consistently demonstrated their fealty to the state by encouraging Iranian youths to participate in the regime’s wars such as the Iran-Iraq war and the Syrian conflict.

Their main job is to confuse and distort reality so that ordinary people would easily buy into the regime’s lies and deceptions. With the Iranian public becoming increasingly more aware of the regime’s plots, these same officials have become targets of the public’s fury and ridicule at the same time.

One is left wondering why Khamenei, out of all the other rulers in Iran’s history, has bred such loudmouths and sycophants. Iran is the only country in the entire world that has created even a special organization for such people which is called the “Panegyrists’ mobilization organization.”

Its official website, the “Organization of Mobilization of Panegyrists and Religious Bodies” describes its main duty as such:

“The Basij of panegyrists has the largest worship network in the country and Basij has established bases and a panegyrists club in the remotest parts of the country. In the field of promoting the culture of worship, no matter how many organizations and actions have been implemented, it is still not enough.”

Khamenei’s reasoning for the need of such people within Iranian society was explained in a statement published on his website on January 23.

It stated, “Today, why do a lot of media exist which cannot be trusted, especially with this situation in cyberspace, which have thousands of experts, art specialists, media specialists, communication science specialists, media that have massive financial support and substantial security?

The answer is to divert minds in the Islamic Republic, to divert tastes, to weaken and destroy beliefs and faiths. This is what is happening.”

These comments are not simply about the media owned by the ‘global arrogance, as he describes western powers. He has never had any problems with them because they are not advocating for the regime’s overthrow, and they are definitely not encouraging Iran’s youths to confront the regime.

What he really fears is the media run by the Iranian opposition.

These are the media outlets, which as Khamenei fears, are exposing and defeating the regime’s medieval ideology and fundamentalism. As a result, he was forced to warn his forces and remind them not to change sides in this war, a war between the tyranny represented by the regime and the pursuit of liberty represented by the Iranian Resistance.

To his officials within the regime, he proclaimed, “In this relentless war between Islam and infidels, between truth and deceit, between the narration of deception and truth, where are we on this front? We must determine this for ourselves and focus on where we stand.”

Such fears are not voiced by Khamenei alone. One of the regime’s Revolutionary Guards (IRGC) officers, Abdollah Ganji, expressed a similar concern during an interview with the state-run Farhikhtegan daily on January 24. He stated, “In this psychological war, we encounter powerful enemies who have experience, expertise, and motivation; on the other hand, we engage them with an absolute shallowness and negation.”

The state-run daily Javan, a media outlet affiliated with the IRGC, also weighed in on the topic. It wrote, “Today’s system is engaged in an unequal war in the realm of narrative warfare, and the enemies, with all the enormous potential of their media empire, have waged a narrative war against us. Undoubtedly, the people injured in the war of narratives will be severely infected with the destructive virus of despair, fear, hatred, anxiety, and suspicion, and the society infected with these dangerous and deadly viruses will unwittingly surrender to the will of the enemies.”

These fears are a reflection of the reality that, on a daily basis, more and more people, especially youths, are rejecting the regime and joining the Resistance in droves. 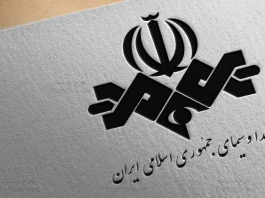 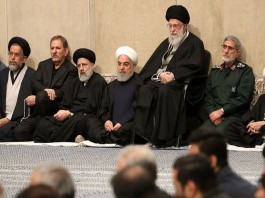 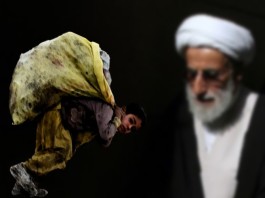