On April 27, 1981, brave Iranian mothers risked their lives to expose the Revolutionary Guard Corps’ (IRGC) crimes in suppressing dissent. They staged a peaceful rally to protest the attacks on and killings of the People’s Mojahedin Organization of Iran (PMOI/MEK) supporters by the IRGC and other militias that were working on the orders of regime founder Ruhollah Khomeini. (At least 8 MEK supporters were killed in mid-April.)

Over 200,000 people from all walks of life took part in the demonstration by the Association of Mothers, which was way more than anyone has expected, considering that the protest was almost spontaneous, organised by women who just told their friends and relatives what they were going to do.

But the mullahs refused to let the gathering continue in peace, so they ordered the IRGC to violently suppress the protest. The IRGC attacked the mothers and those who came out in support, killing two MEK supporters and injuring dozens more.

Several elderly women were doused in tear gas, which nearly killed them until locals took them into their house for treatment. One of these women, Abrishamchi (Farahanchi), was suffering greatly but urged others to “let [her] die” so that the world would “know what a criminal Khomeini is”. Another woman refused to leave after the IRGC hurt her young child.

Still, the IRGC could not stop the protest march. The women wanted to expose their crimes more than they cared about living or dying. Afterwards, many of the mothers who took part in this were arrested and executed

The director of the Association of Mothers said: “On April 27, [1981,] all mothers left home early and gathered in the house of the Mother of the martyred Rezaii’s. They wrote their last wills. I can remember the heroine mother, Massoumeh Shademani [Mother Kabiri], saying, ‘I would love to among those who have to give their lives [for freedom].’”

Let us pay tribute to these inspirational and amazing women who stood up to the clerical regime by remembering their names: Summary of Protests and Social Movements in Iran – August 2022 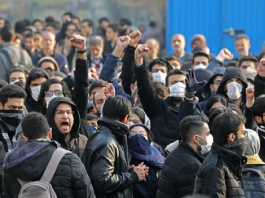