The panel was chaired by FOFI chair Gerald Deprez.

“The EU can play a positive role in peace and stability in the Middle East. Here are some concrete steps that must be taken:

• Hold the Iranian regime accountable for its crimes against the people of Iran and particularly for the massacre in 1988. Condition all trade and commercial relations with the regime on end to executions in Iran.

• Demand immediate expulsion of the IRGC and its proxies from Syria and other countries in the region, otherwise they should face severe consequences.

The regime’s ballistic missile program is not to defend Iran. It is against the people of Iran and designed to create crisis in the region.

Failing to deal decisively with the religious fascism ruling Iran will impose a deadly war on the region and the world. This is the last chance for Europe to adopt the right policy vis-à-vis the clerical regime.

The mullahs’ regime needs Europe for its survival.”

Polish MEP Anna Elżbieta Fotyga said: “Why do we avoid straight words on the human rights situation in Iran in our human rights reports? We have to return to a single set of values trying to avoid hypocrisy.”

Ryszard Czarnecki, vice-president of the European Parliament, and Belgian MEP Mark Demesmaeker noted that they were disappointed by the close relationship between EU High Representative Federica Mogherini and the Iranian Regime, with Demesmaeker branding her “obsessed”.

Since Hassan Rouhani took office, more than 3,500 people have been executed by the Regime, including 18 whilst an EU delegation visited there last month.

Anthea McIntyre MEP said that it is unacceptable that some EU politicians act as a proto lobby for the Iranian Regime rather than represents their citizens who are dedicated to human rights.

In 1988, the Iranian Regime slaughtered 30,000 political prisoners and have never been held to account. In fact, many of those who served on the death commissions still hold high-ranking positions in the Regime, like the current Justice Minister who is on an EU watchlist.

Deprez stressed the importance of condemning the Regime for its crimes, both past and present, noting that the faces may change but the Regime remains the same.

The Iranian Regime is the godfather of fundamentalism according to Stevenson, but he said that just as the fall of the Soviet Union brought the collapse of communism, the overthrow of the mullah’s regime will bring an end to Islamic fundamentalist groups.

It is the Iranian Revolutionary Guards Corps (IRGC) and its extra-territorial arm, the Qods Force, that allow Iran to spread fundamentalism across the Middle East but they can be stopped through terrorist designations and additional sanctions. 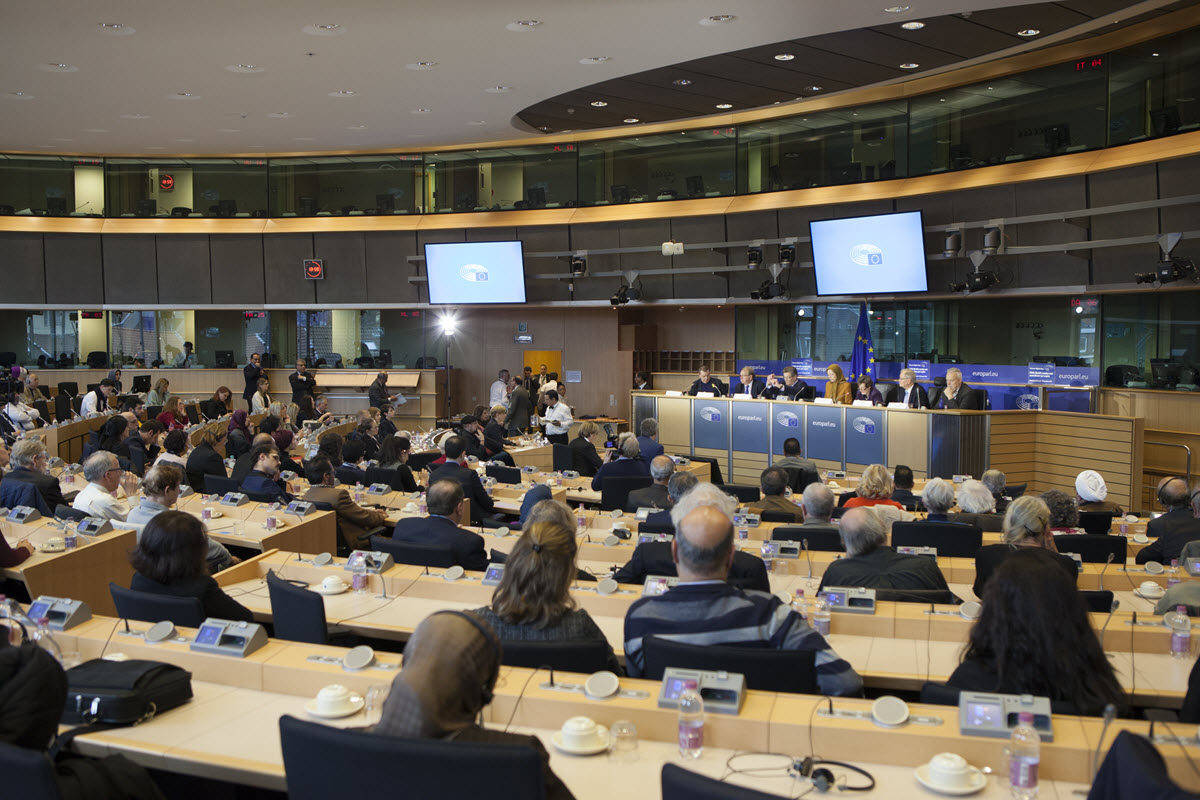 Regional destabilisation is one of the pillars of the Regime and can be seen across the Middle East in Yemen, Syria, Iraq, and Lebanon. This is a “hollow show of force”, according to Rajavi, designed to cover up Iran’s own problems and stop the international community from standing up to the Regime.

Rajavi said: “The regime’s policy of increasing meddling abroad does not reflect its strength but its deep internal crisis which it tries to cover up by expanding its influence in the region.”

Support for the Resistance

The people of Iran are standing up against the Regime and this panel believes that the EU should stand with them, advocating for the support of the Iranian Resistance and Rajavi’s 10-point-plan for the future of Iran.

Rajavi said that there were now hundreds of anti-regime protests every day in Iran.

She said: “A nationwide protest movement has been going on for one year and growing by people whose assets have been plundered by financial institutes licensed by the government. On numerous occasions, these protests have turned into political protests against the entire regime.”

Deprez called Rajavi’s fight for human rights “remarkable” and called on all democratic people in the west to support the Iranian resistance, while Czarnecki described the Iranian regime as an enemy to the Iranians and to all freedom loving people.

Demesmaeker said that unlike many other countries in the grip of a brutal regime, we have a competent, democratic alternative for Iran and that Rajavi has the support of the people as seen in the annual Free Iran gatherings.