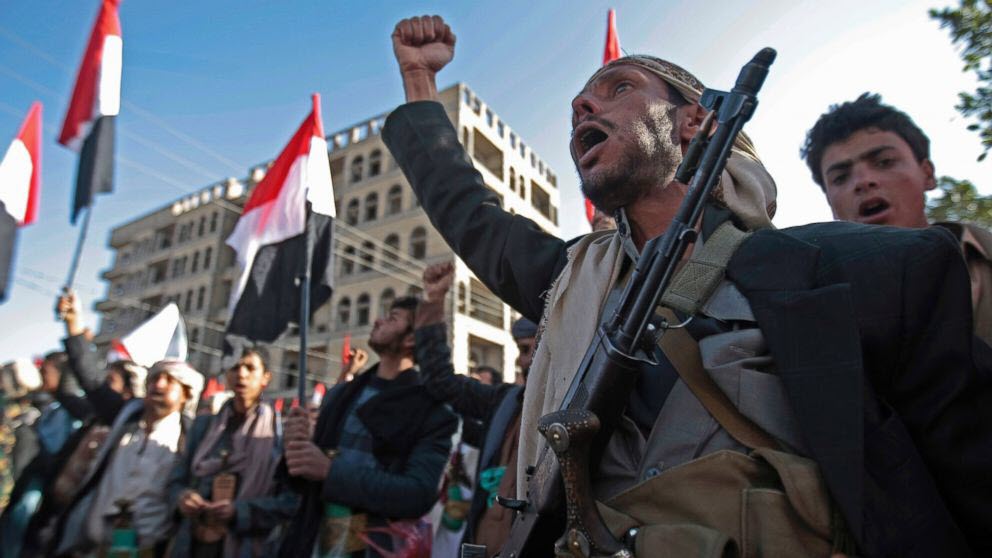 The Houthi quickly took credit for Saleh’s death on Monday. The killing took place just a few days after the former president broke away from an alliance that he and his supporters had maintained with the Houthi since before the start of the current civil war in 2015. Saleh urged an end to the fighting, which has created a humanitarian crisis among the people of Yemen, the Gulf region’s poorest country. He also indicated that he would pursue improved relations with Saudi Arabia and the other members of the Arab coalition.

It remains to be seen what impact Saleh’s death will have on the Yemeni Civil War, but by reasserting their control over the rebellion the Houthi have certainly pushed back any hopes of a politically mediated solution. At the same time, the family and associates of the former president continue to exert significant influence within parts of the country, suggesting that his death may represent some long-term divisions within the rebel movement. At the same time, the widespread recognition of the Houthi as an ally or even proxy of the Islamic Republic of Iran points to the possibility of reprisals against the Iranian regime.

In fact, this possibility was explicitly highlighted by Saleh’s son Ahmed Ali Saleh, whom Reuters reported as saying on Tuesday, “I will lead the battle until the last Houthi is thrown out of Yemen [and] the blood of my father will be hell ringing in the ears of Iran.” The younger Saleh had supposedly been under guard in the United Arab Emirates prior to making this public statement, and some sources have taken this to mean that the Arab states are backing him in his efforts to direct a portion of the rebelling Yemenis against the Houthi and their Iranian sponsors.

Meanwhile, Jafari’s praise for the Saleh assassination is a clear indication that this phenomenon operates in both directions. In fact, CNN issued a report on Tuesday that affirmed the Iran-Saudi rift would almost certainly widen in the aftermath of the killing. The report also quoted a representative of the Houthi political office as saying that the Arab coalition’s member states would “pay a heavy price in their own capitals” for allegedly turning Saleh against the Houthi as part of a coup attempt.

It is not clear whether there was in fact a coalition hand in the decision that led to Saleh’s death. But in any event, his death may have opened the door to a more explicit alliance between coalition states and those who had been loyal to the former president.

CNN quoted Anwar Gargash, a senior official of the United Arab Emirates as saying, “The events in Sanaa are murky, but its national uprising needs support … to protect the Arabian Peninsula from Iranian expansion.” The same report went on to say that despite the recent status of the Saleh clan as enemies of Saudi Arabia and its allies, those states now seem to consider an agreement with Ahmed Ali Saleh and others to be a “price worth paying” for the sake of undermining Iranian influence in the region.

Indeed, it can be credibly argued that there are few compromises the leading Gulf Arab states would not be willing to make in order to achieve this end. This idea has been on display with virtually every report that points either to a break with former allies over the future of Iran policy, or the reduction of tensions with longstanding allies as a result of mutual antipathy to the Iranian regime.

In the first place, Saudi Arabia, the UAE, Egypt, and Bahrain all broke off ties with neighboring Qatar in June, in response to remarks apparently made by the Qatari emir regarding cooperation with Iran as an established “Islamic power”. The ongoing diplomatic crisis has seen the obstruction of supply routes that Qatar previously relied on, while the Saudis issued ultimatums in an effort to bring Qatar back in line with an aggressive policy toward constraining Iranian influence. These efforts at isolation have, however, proven unsuccessful so far and have actually prompted Qatar to move closer to Iran. But in any event, the incident represents a sharpening of the dividing lines spanning the Middle East.

At roughly the same time, Saudi Arabia and its existing allies have shown more and more willingness to cooperate with the Jewish state of Israel, owing to the Israelis also viewing Iran as the primary contributor to instability in the region. This surprising trend was prominently referenced in a Washington Post article on Sunday regarding White House advisor Jared Kushner’s approach to Middle East policy and the pursuit of a peace agreement between Israel and Palestine.

The article quotes Kushner as saying that the entire region, including both Saudi Arabia and Israel, with their mutual American support, is “unifying against Iran’s aggression”. These “regional dynamics”, the Post claims, are central to virtually all of the Trump administration’s foreign policy calculations regarding the Middle East.

The Drive elaborated upon this trend in an in-depth report that it published on Monday regarding Israel’s regional strategy and specifically its rising levels of focus on Iranian influence. The report made mention of recent discussions of prospective intelligence-sharing agreements between Israel and Saudi Arabia, as well as series of military drills that took place with the assistance of the US and six other countries, plus Jordan as an unofficial partner.

But the main focus of the article was on a series of Israeli airstrikes in Syria, which were apparently aimed at targets with links to Iran. Although the Israelis given little information about such strikes, not even officially confirming that they took place, international reports indicate that at least one had succeeded in destroying an Iranian-run base, possibly killing twelve members of the Iranian Revolutionary Guard Corps in the process. The report also highlighted intelligence reports about Iranian contributions to the Syrian ballistic missile program, thereby underscoring the significance that Israeli intervention might have to other countries that are concerned about Iran establishing a deeper foothold in surrounding territory.

It is worth noting, however, that the Washington Post and Drive articles were published shortly before it was reported that President Trump was planning to move the American embassy in Israel from Tel Aviv to Jerusalem. Such a move could present a formerly unanticipated challenge to the efforts by Gulf Arab leaders to work with their former Israeli adversaries. If they continued to find the same common cause after such a move, it would no doubt feed into Iranian propaganda.

This phenomenon was already on display on Tuesday when Reuters reported that Iranian President Hassan Rouhani had issued a public statement calling upon Muslims all across the Middle East to disrupt efforts by regional governments to reconcile with Israel. “I am sure that the Muslims around the world will not let this sinister plot bear fruit,” he said while remaining vague about the details of the supposed plot or the specific identities of any governments involved in it.

But Iran Daily indicated that the supposedly moderate president was far less cagey about his anti-Israeli rhetoric. He described relations with the Israeli government as “ominous and detestable” and asserted that until recently this view was so universally shared that “no head of state could count Israel as a friend and the resistance [front] as an enemy to the region.”

Of course, Rouhani did not address the fact that widespread anxiety about Iranian influence appeared to be the primary factor in any recent shift in attitudes regarding Arab-Israeli relations. But UPI further highlighted that anxiety in a report that referenced experts from the Foundation for Defense of Democracies. Daveed Gartenstein-Ross and David Adesnik both argued that unless the US steps in to prevent the entrenchment of Iranian forces and proxies in Syria and elsewhere, the region will face a much greater likelihood of open conflict.

Naturally, though, the same warning has been given about the possible relocation of the US embassy to Jerusalem. This new complication is perhaps indicative of an observation that was made by an editorial in Hurriyet Daily News on Monday regarding the Trump administration’s Iran policy. The article quoted Ian Lesser of the German Marshall Fund as saying during a recent panel discussion, “There is a big gap [for Trump] between what is politically attractive and what is strategically possible.”

But the broader message of that editorial was that Iran remains perhaps the most pressing problem for the US and for many nations of the Middle East. Accordingly, the White House continues to push its Iran policy into ever more assertive territory. Many forces in the Middle East, including both state actors like the Saudi government and non-state actors like the Saleh clan, are making the same moves. And while it remains to be seen how effectively each of these entities can cooperate, the overall trend apparently remains unimpeded.