According to the reports from various parts of Iran, the regime has been eliminating the signs of this MEK genocide in several cities including Ahvaz (southwestern Iran), Mashhad (northeast), Isfahan (center of Iran), Tabriz and Ardabil (northwestern), etc. They seek to destroy the mass graves of MEK members so that the families could not pay tribute to their loved ones the way they have been doing for years in various ways such as cementing the graves or removing the garbage and so on. 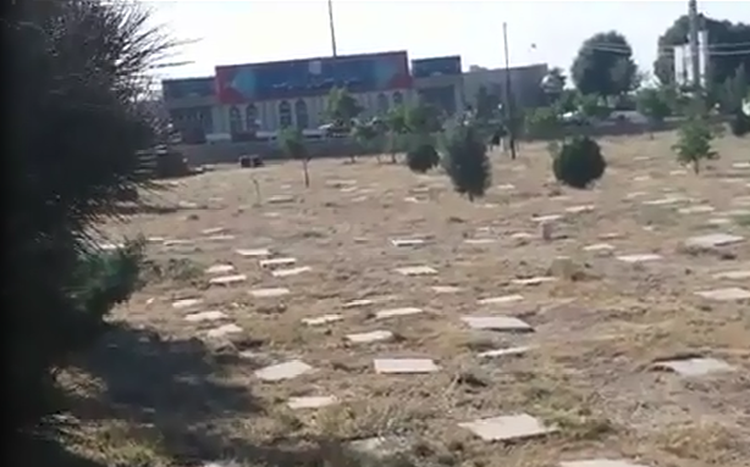 The Iranian regime also destroyed the mass graves of MEK martyrs in Vadi-e Rahmat Cemetery of Tabriz under the pretext of carrying out construction projects. Moreover, the supporters of the MEK distributed the pictures and videos of grave destruction on the internet on June 23 2018. The news of such crime has been also posted in forms of pictures on Vadi-e Rahmat Cemetery Telegram Channel on September 11, 2017. 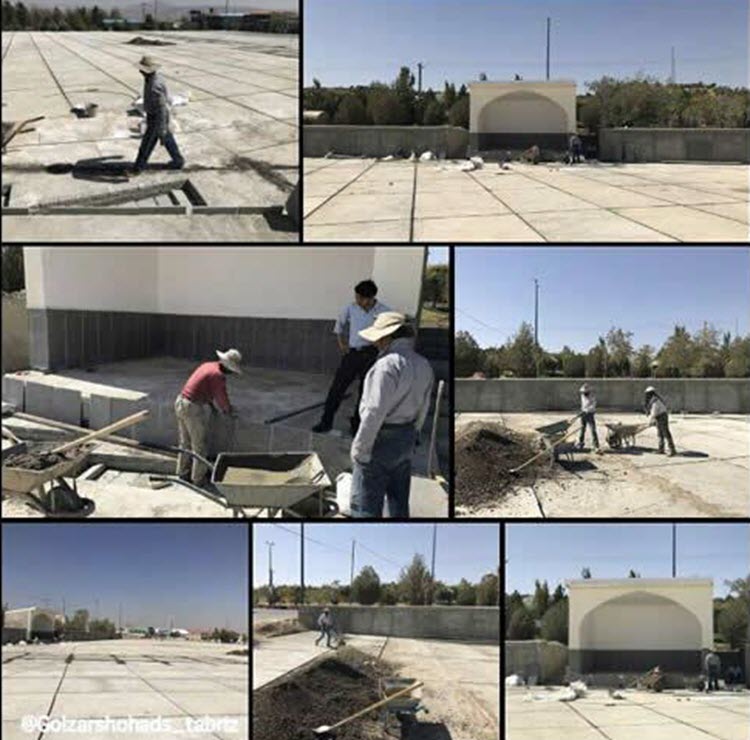 As the Iran regime admitted, the construction project includes a total area of 4500 square meters. The procedures consist of excavating operations, rolling, leveling and fitting, pouring concrete, building walls, gridding, installing light pylons. Three companies and the Supervision of Tabriz Civil Engineering Department launched this project and the Cemetery Organization of Tabriz Municipality is the employer. 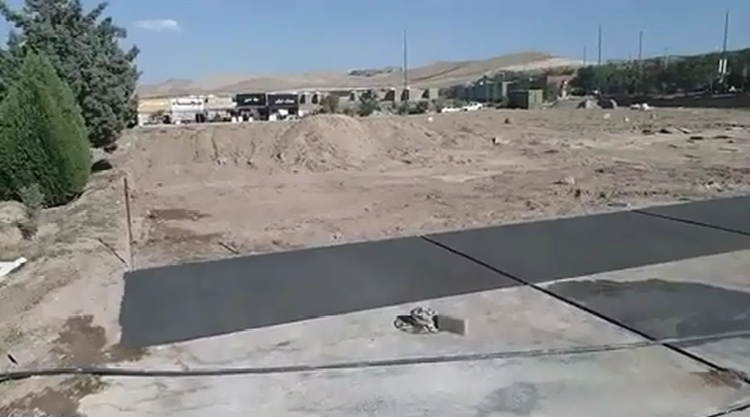 As the satellite TV of the Iranian resistance, ‘Simay Azadi’ Channel released photos and videos on the destruction of graves, the Iranian regime also destroyed a MEK mass grave in Sowme’eh Sara, Gilan Province. One of the supporters of the MEK who visited this location, reports:

He added,” The cemetery of MEK martyrs is exactly located behind these tall trees, as the supporters of the MEK released pictures of this area. They are currently destroying the cemetery.” While a Justice Seeking movement is formed to try the perpetrators of the 1988 massacre of MEK and non MEK affiliates, the Iranian regime intends to eliminate the signs of such brutal crime.

The Justice Seeking movement calls for the disclosure of secrets about the 1988 massacre, therefore, the perpetrators have to answer the following questions:

1. The full name of MEK and non MEK affiliates who were executed.

2. How many MEK and non MEK affiliates were killed in each city and province?

3. The mothers of those executed shall know where their loved ones are buried and where the address of mass graves is.

4. At the end, if these criminals are proud of such crime against the humanity, then why do not they reveal the names of the members of death committees in different provinces?

It is noteworthy that in June this year a Call for urgent action to prevent destruction of 1988 massacre (mainly MEK members and sympathizers) evidence was made by Secretariat of the National Council of Resistance of Iran in which it stated:

During the past few days the mullahs’ regime in the city of Tabriz, northwest Iran, has begun a campaign of vandalizing graves of members of the People’s Mojahedin Organization of Iran (PMOI/MEK) executed back in the 1980s, especially those massacred during the summer of 1988. These now destroyed graves were in the Rahmat Valley Cemetery. To this point the graves of 75 MEK martyrs, including Akbar Choopani and Soraya Abolfat’hi, who was executed while pregnant, have been vandalized.

Iranian intelligence has supervised measures placing 10 centimeters of cement and leveling the grounds in the cemetery to destroy all evidence of such a martyrs’ cemetery. They have also placed a sign reading, “Leveling the children’s block” and installed a number of gravestones in the area where the cement has been poured, to prevent any sign of the gravesite destruction. Attached images provide signs of the machinery used, the vandalized gravestone, and various phases of cement pouring and the placing of new gravestones.

In the city of Ahvaz, southwest Iran, city authorities have been widening a road near a cemetery in order to vandalize martyrs’ graves. Signs of tumbled bodies in a mass grave previously covered with cement were seen as the digging began in the area of phase 2 of Padadshahr and the Bankdar Boulevard in this city. Authorities quickly covered the mass grave with dirt and continued to widen the road.

The Iranian Resistance calls on all international human rights organizations, especially the United Nations High Commissioner for Human Rights and the Special Rapporteur of the Human Rights Situation in Iran to condemn this inhumane act and take urgent action to prevent the destruction of such evidence of previous mass executions and massacre of political prisoners mainly MEK members, especially those of 1988. Iran’s ruling dictators must face justice for their crimes against humanity and 120,000 political executions.