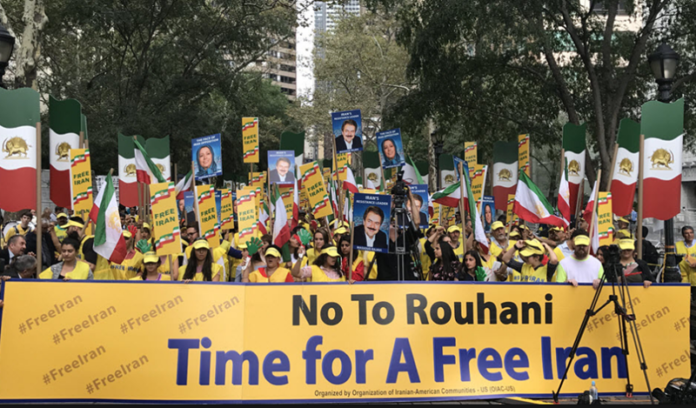 After all, many dictatorships have been overthrown throughout the years, but the lack of an organised and popular alternative to take its place has hindered the reconstruction process – in fact, it’s often the sort of situation that the Iranian Regime exploits to take over a country (see: Iraq).

But, I’m here to tell you all that there is a legitimate, organised, and popular opposition: The People’s Mojahedin Organization of Iran (PMOI/MEK).

Why the MEK? Because the Regime recognises the MEK as the biggest threat to their rule and they go to extreme lengths to discredit the MEK amongst ordinary Iranians and the international community. This has been the case since former Supreme Leader Ruhollah Khomeini outlawed affiliation with the MEK in the 1980s and it is just as true today.

The MEK is the main opposition to the mullahs and their support from the Iranian people and the world at large is only growing by the day, which is why the mullahs are trying so hard to counter the MEK’s influence using the Regime’s vast resources.

This is not something that is controlled by low-level officials, but comes from the highest offices in the land. Supreme Leader Ali Khamenei is terrified of the MEK, as he should be because they will overthrow his Regime and liberate the Iranian people.

How is the Regime trying to discredit the MEK?

The Regime, like all authoritarian regimes, have a propaganda network, which they use to discredit the MEK and the Iranian people’s opposition as a whole, and they use it at every opportunity. Here are just some of the tactics they use:

• Putting undercover Ministry of Intelligence and Security (MOIS) agents in positions to spread lies about the MEK to government officials, nongovernmental organisations, and the media

Some key examples of the Regime discrediting the MEK:

1985: American officials sought the Iranian Regime’s help to free US hostages held in Lebanon, but the mullahs refused unless the US government publicly denounced the MEK as a Marxist and terrorist group.

2003: French police raided the Paris headquarters of the National Council of Resistance of Iran (NCRI), a coalition of Iranian dissident groups with the MEK as the largest member, and arrested the leaders for “intent to prepare acts of terrorism”. The courts later ruled that there was no evidence to support this claim and it was later discovered that France had done this in exchange for lucrative business contracts with Iran.

The Regime’s most common lie is that the MEK has no support amongst the Iranian people, but if that were true, then why would the mullahs need to spend tens of millions of dollars annually to attack the MEK?

A fringe group with little support shouldn’t be the main focus of a powerful government, which leads us to believe that the opposite is true. The Regime sees how powerful the MEK is and wants to discredit it.

Thus, the international community should support regime change by and for the people of Iran at the Free Iran gathering in Paris on June 30. 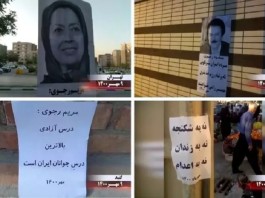 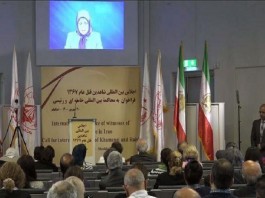 Iranian People Continue To Reject the Rule and Call for Help... 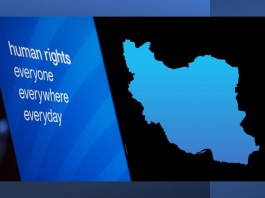