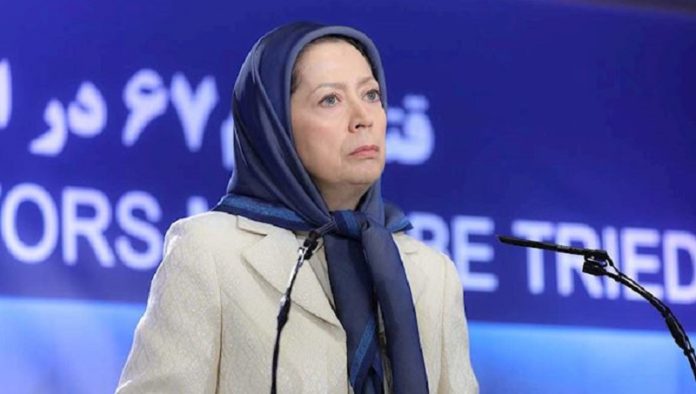 Maryam Rajavi, who is the President-elect of the National Council of Resistance of Iran (NCRI), which serves as the parliament-in-exile was born in Tehran, Iran, on December 4, to a politically engaged family.

Her brother Mahmoud is a veteran member of the People’s Mojahedin Organization of Iran (PMOI/MEK), imprisoned for his activism during the Shah’s regime, while her older sister Narges was killed by the Shah’s secret police (SAVAK) in 1975. Her other sister Massoumeh was an industrial engineering student in 1982 when she was arrested, tortured, and killed by the mullahs, even though she was pregnant.

Maryam Rajavi joined the MEK’s student movement against the Shah’s regime when she was studying at the Sharif University of Technology to become a Metallurgical Engineer. In 1973, she became an official in the student wing.

After the 1979 revolution and the overthrow of the Shah, Maryam Rajavi became an official in the MEK’s social department and stood as the candidate for Tehran in what was supposed to be Iran’s first free and fair election. However, widespread voter fraud by the mullahs meant that no opposition candidates were elected. She then served as joint-leader of the MEK from 1985 to 1989 and Secretary-General of the MEK from 1989 to 1993.

In 1993, she was elected as president of the NCRI and she will serve as President of Iran during a six-month transitional period after the mullahs are overthrown until truly democratic elections can be held.

The NCRI serves as the parliament-in-exile and the legislative assembly. As president, Maryam Rajavi has mounted an extraordinary challenge to the Iranian mullahs and proven that she is their opposite in a number of ways. She has made many speeches that show that the true message of Islam is tolerance and democracy, a direct contradiction of the mullahs’ reactionary and fundamentalist interpretation of Islam.

Maryam Rajavi said that she believes the key difference between those two interpretations is the attitudes towards the role of women. Women now hold more than half of the top political, diplomatic, social and cultural positions in the Iranian Resistance, a sign of Maryam Rajavi’s championing of women and their abilities.

In a 1996 London speech, entitled “Women, the Voice of the Oppressed”, Maryam Rajavi said: “The issue of women and the equality movement is linked to the struggle against reactionary ideology and fundamentalism. For women are not only pioneers in the equality movement, but also the main force for progress, peace and social justice. In my view, humankind can only rid itself of the evil phenomenon of reactionary outlook and fundamentalism if women would assume their leading role in this global campaign and employ all forms of democratic struggle to shut the door on all forms of appeasement of and compromise with the misogynous and inhumane mullahs in Iran.”

In our next piece, we will look at some of Maryam Rajavi’s key positions.