According to the information from sources inside Iran, the Iranian regime moved the Organisation of Defensive Innovation and Research (SPND) in July to a secure site in a defense ministry complex about 1.5 km (1 mile) from its former location.

To divert attention from key elements of the centerthe Iranian regime has left “non-sensitive” sections at the old site.

Furthermore, it has also reduced the profile of its chief, whom it described as a Revolutionary Guard brigadier general Mohsem Fakhrizadeh who leads the SPND.

“The fact this operation is working at full speed and that Fakhrizadeh is running the apparatus shows Iran does not want to be transparent in its nuclear program to the IAEA,” NCRI spokesman Shahin Gobadi told Reuters.

Gobadi said NCRI over the last month had handed a document to the IAEA detailing the Iranian regime’s concealment efforts.

SPND which was mentioned in a U.N. nuclear agency report in 2011, has been described by the U.S. State Department on Aug. 29 as “primarily responsible for research in the field of nuclear weapons development” in Iran.

The United States added the SPND to its sanctions list and Fakhrizadeh is on U.N. and U.S. sanctions lists, for “managing activities useful in the development of a nuclear explosive device”. 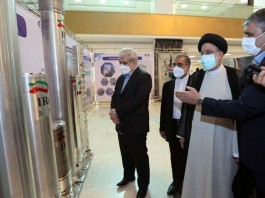 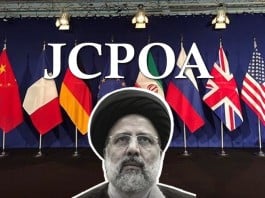