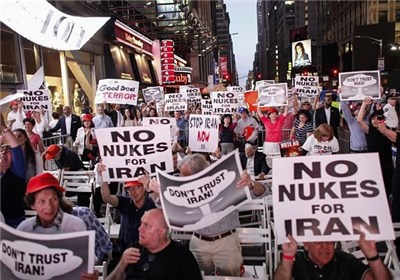 It is widely expected that a resolution of disapproval will pass both chamber of Congress thanks to a Republican majority and a significant amount of Democratic skepticism about the strength of the deal. The main question in the minds of most analysts and lawmakers is whether President Obama will be able to retain more than one-third of either the Senate or the House in order to prevent Congress from overriding his veto of the resolution.

But the Huffington Post noted on Thursday that Democratic Senator Sheldon Whitehouse had suggested the Senate may still fall short of the votes needed to pass the resolution in the first place, thus allowing the president to avoid the veto fight. This is an optimistic scenario for supporters of the deal, but one that remains somewhat plausible because only one Democratic Senator, New York’s Charles Schumer, had committed to voting against the deal. Meanwhile, Arizona Republican Jeff Flake has not announced his position yet, and some speculate that he may break with his party on the issue.

According to the Huffington Post, Senator Robert Menendez is the only other Democrat who is almost certain to vote against the deal, while two others appear to be leaning in that direction, and 11 remain firmly on the fence. Another 13 are reportedly expected to fight the resolution of disapproval, though they have not officially announced their positions yet. Eighteen are committed to supporting the president’s position.

However, speaking last week on CNN, Fareed Zakaria acknowledged that the president’s hold on the Senate seemed tenuous and that his strategy for sustaining a veto at this point may involve relying entirely on the House, where Republicans would need to poach 144 votes. But the Jerusalem Post quoted House Majority Leader Kevin McCarthy as saying on Thursday that the necessary votes for an override may indeed be available.

McCarthy was speaking on the occasion of a visit to Israel by 36 Republican Senators, sponsored by the American-Israeli Public Affairs Committee, which has been a major driving force behind lobbying against implementation of the nuclear deal. The Republican delegation was preceded by a group of 24 Democratic congressmen, adding to the pressure faced by President Obama’s party as so many lawmakers struggle with which way to vote.

McCarthy told reporters that he didn’t know whether Democrats had whipped the vote on the issue. The exact numbers on both sides of the aisle remain uncounted, although McCarthy noted that he had encountered no Republicans who supported it and several Democrats who opposed it. The possibility of a two-thirds majority in the House reverses the situation outlined by Zakaria and makes the accuracy of the Huffington Post’s Senate calculations much more crucial to the Obama administration.

But that accuracy is uncertain. Some of the individuals identified as probable supporters of the deal have made virtually no public statements on the issue, and some have expressed significant reservations. For instance, the Huffington Post calls Jeff Merkley of Oregon “a strong progressive and advocate of peaceful solutions to conflict,” and notes that he wrote an honors thesis at Stanford University which strongly criticized American support for repressive leaders abroad.

But in light of some of the narratives advanced by the opponents of the deal, this could be grounds for Merkley to join them, rather than push back against them. That is, many critics worry that the sanctions relief offered under this deal constitutes de facto financing of Iran’s human rights abuses, terrorist activities, and so on. And as the Jerusalem Post recorded McCarthy as emphasizing, many also oppose President Obama’s characterization as the existing deal as the only realistic solution that does not involve war.

Michigan’s Gary Peters is regarded as a likely vote in favor of the deal simply because he is a freshman Democrat and thus “unlikely to make waves by breaking with the president.” But some may see the risk of defying Obama on this issue as having been diminished by the defection of Charles Schumer, the third-highest ranking in the Senate and next year’s prospective party leader.

The political risks of breaking with the president could also be diminished by signs of popular support for that action among any given Senator’s constituents. And indeed, recent polling data suggests that a majority of Americans may be opposed to or at least highly skeptical of the Iran nuclear agreement. For instance, a recent Gallup poll found that fewer Americans approve of the president’s handling of the Iran situation than approve of his handling of any of seven other issues on which they were surveyed.

Only about a third of respondents registered approval, while 55 percent said they disapprove. Even among Democrats the approval rate was only 56 percent, compared to a small minority of 10 percent among Republicans. And Gallup notes that these margins could widen even further if President Obama suffers a defeat in congressional voting, and especially if Congress succeeds in overriding his veto. Thus, if skeptical Democratic lawmakers feel confident that a vote of disapproval will be successful, they may perceive comparatively few political risks of taking a stand, especially if they consider the vote to be a matter of conscience, as Schumer has said he does.

Further loss of popular support would also be a blow to President Obama’s probable strategies for implementing the deal even in the presence of congressional disapproval. This strategy was discussed in an editorial at The Federalist on Thursday. It argued that the president would not be able to salvage the deal without the support of the Senate because the use of broad executive powers would be problematic for the Democratic Party and set precedents that could be used against them in the future.

More to the point, The Federalist indicates that those same powers could be used by a Republican president or by a Democrat with an alternative strategy to effectively invalidate the deal. And if the original presidential actions were taken in defiance of public sentiment, there would likely be considerable support for subsequent countermeasures, as well as general outcry against the Obama administration.

Finally, the Daily Caller gave some indication on Thursday of how that outcry could help to prevent the nuclear deal from going into full force even if its implementation was pushed through by the president without regard for congressional or public disapproval. It reports that Republican Presidential hopeful Ted Cruz was questioned at a campaign event about the prospect of individual states taking measures to enforce their own sanctions and prevent the anticipated release of 150 billion dollars’ worth of revenue to Iran.

Cruz directly endorsed this recommendation, citing his own work on cases that set legal precedent for just such state-level actions. Iranian Government Continues To Buy Time in Latest Deal With the... 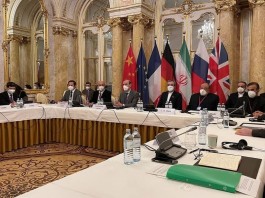 Continuing Nuclear Talks in Vienna Highlight the Need to Deal With...