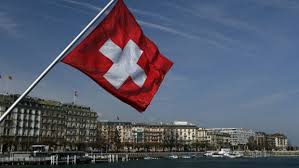 While these sanctions had already been suspended since nuclear negotiations between Iran and the P5+1 began in January of last year, the more permanent gesture is sure to be a new source of anxiety for critics of last month’s deal who worry that the dismantling of the existing sanctions regime will make it difficult to re-impose, should Iran be found to still be pursuing nuclear weapons capability.

A number of European countries have already expressed significant interest in investing in Iranian oil and import/export markets, even though the nuclear agreement has not yet been implemented and sanctions remain in place for the time being. Several nations have sent trade delegations to discuss these opportunities with Tehran, although activist groups advised against it, citing Iran’s human rights violations and intrusions into the broader Middle East.

Many opponents of the Iranian government have objected to sanctions relief being offered in exchange for very few Iranian commitments on its nuclear program, and none on other areas of its illicit behavior. Critics of the nuclear deal are also concerned that the anticipated 150 billion dollars cash windfall will be partly channeled into more such behaviors.

The sanctions to be removed are associated with the nuclear program and cannot be expected to be re-imposed if human rights violations or support for terrorism increases. But there are serious questions about whether new signs of cheating on the nuclear deal would be enough to bring sanctions back into force, either.

The Obama administration has lauded snap-back provisions that would supposedly return sanctions to full force in the case of cheating. But the United Nations security council will have an opportunity to vote to continue removing them anyway, and some worry that if the evidence is not overwhelming, even the European Union will have strong economic incentives to keep its investments in Iran active by opposing re-imposition.

In other words, critics view investment in Iran as a potential slippery slope, whereby the more capital is provided to the Islamic Republic, the more difficult it will be to build global consensus for the pressure of sanctions. Switzerland’s removal of sanctions is a minor example of the possible erosion of this consensus, but it comes after the United Nations voted to approve the plan for sanctions relief before giving the US Congress a chance to voice its approval or disapproval.

Meanwhile, European expressions of investor interest are being matched by active moves by Asian countries to increase legal trade relations with Iran. DNA India reported on Thursday that the Indian government was finalizing plans for the first of several payments for prior Iranian oil purchases, for which money had been held in escrow under the terms of the sanctions.

The first installment is expected to amount to 1.4 billion dollars, while the total amount of outstanding payments stands at 6.5 billion. DNA India notes that India is apparently committed to releasing these payments in a staggered manner for the sake of economic stability, but also that it wants to settle the matter quickly, as it is “keen that Iran continues to give Indian refiners favourable terms – like insurance and shipping as well as 90-day credit period, on oil it sells to India, its second biggest customer after China.”

As Iran News Update has previously discussed, Iran’s desire to reconcile quickly with Iran may also be amplified by the fact that the opening of the Iranian markets stand to expand trade between Iran and Pakistan, India’s main regional rival. In fact, the Indo-Asian News Service reported on Thursday that Iranian Foreign Minister Mohammad Javad Zarif had arrived in Pakistan for a visit to discuss bilateral relations, trade, and the completion of a joint Iranian-Pakistani oil pipeline.

Notably, this visit comes just a day ahead a planned visit to India by Zarif. The paired meetings, together with arguably competing development projects in Indian and Pakistani ports, could be indicative of an Iranian strategy of playing the two rivals against each other to gain great privilege in regional trade.

An improved economic and trade position may also increase Iran’s influence elsewhere in Asia, as well. Some analysts have expressed concern about growing cooperation between Iran, Russia, and China. And a report on Thursday by Pakistan’s Express Tribune could be interpreted as giving evidence for the expansion of this Asian bloc to include South Asian economic powers.

The Tribune notes that Zarif used a joint press conference in Pakistan to not only praise the prospect of expanded trade relations between the two countries, but also to express support for the China-Pakistan Economic Corridor, which some expected Tehran to oppose on the grounds that it would promote alternative partnerships to compete with Iran’s own.

If Iran is in a position to simultaneously expand its relations with several Asian countries, including powerful adversaries of the West, those partnerships will be fueled by the Islamic Republic’s overall de-sanctioned economic growth. The extent of that growth remains to be seen, but has been hinted at.

On Thursday, Petro Global News reported that Iranian oil production could increase 730,000 barrels per day soon after implementation of the nuclear agreement, although this may not occur until December or early next year. This new output could be added to vast supplies of oil that are already held in tankers off the shores of Iran, ready to ship to market and bring the Islamic Republic a further cash influx.

CNN Money reported on Thursday that the amount of oil held in these tankers appears to be considerably larger than previously estimated. The latest information suggests 50 million barrels, up from 30 or 40 million, with the discrepancy apparently being partly attributable to Tehran’s deliberate concealment of economic indicators.