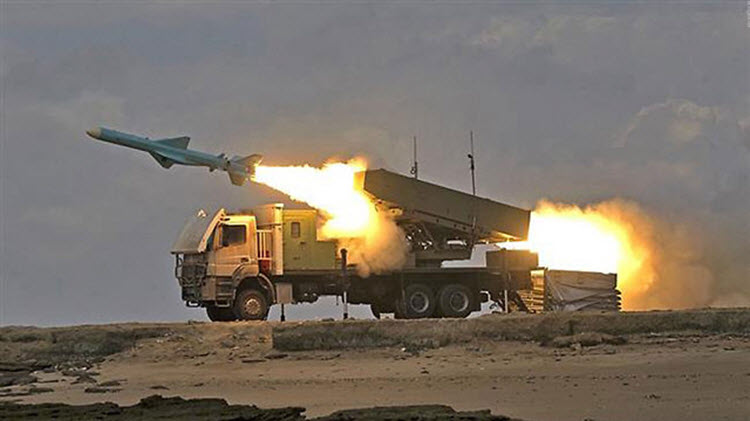 Launched from Dasht-e Kavir, a remote area 45 miles south of Semnan, the Iranian Sayyad, or “Hunter”, missiles were launched successfully, officials said, adding that these missiles are used to down aircraft and incoming ballistic missiles. It’s unclear whether Sayyad-1s or Sayyad-2s were launched on Sunday. The Type 2 missiles range is up to 125 miles, but the Type 1 can only fly up to 75 miles. Officials say that the missiles appear similar from satellite imagery. Both Type 1 and Type 2 have been in Iran’s arsenal since 2013, when mass production began.

The officials believe that the launches were scheduled to coincide with  Iran’s “10 Days of Dawn” celebrations, that mark 37 years since the Iranian Revolution in 1979.

February 1, the anniversary of Ayatollah Khomeini’s return to Iran after 15 years in exile, was the day that the celebrations began. Shah Mohammad Reza Pahlavi’s regime collapsed just 10 days after Khomeini’s return.

A separate military exercise on Saturday was conducted by Iran’s Revolutionary Guard, to test its missile and radar systems, and came after Michael Flynn, National Security Adviser, declared that the U.S. was putting Iran “on notice” for testing ballistic missiles and supporting Houthi rebels in Yemen.

About a week ago, Iran apparently conducted its first ballistic missile test during the new Trump Presidency. At the same time, defense officials said, the Iran-backed rebels may have been targeting the U.S. in their recent attack on a Saudi ship.

In a tweet Friday, Iranian Foreign Minister Javad Zarif said,“We will never use our weapons against anyone, except in self-defense. Let us see if any of those who complain can make the same statement.”

Although U.N. Resolution 2231 states that Iran is “called upon” not to conduct ballistic missile tests, it does not forbid them from doing so. The resolution went into effect days after the landmark Nuclear Deal was signed by world powers including the U.S.