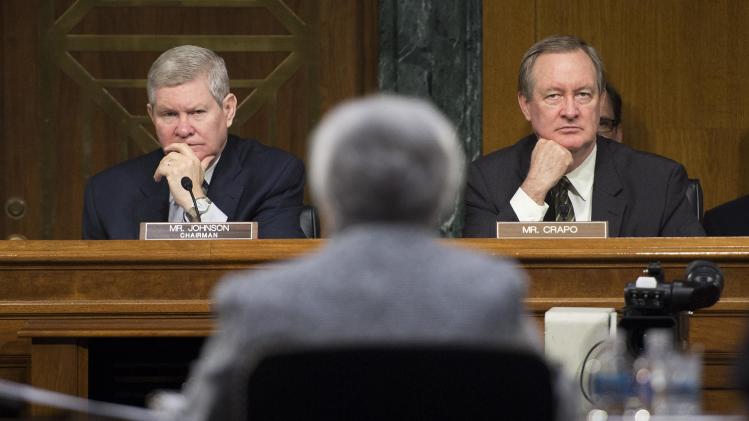 INU- On Thursday, the US Senate Banking, Housing, and Urban Affairs Committee voted 16 to 4 in favor of the passage of much-discussed legislation that would impose new sanctions on Iran, triggered by the prospective failure to reach a deal on the country’s nuclear program.

The success of the bill in committee means that it is now possible for senators to bring the bill up for a vote on the floor of the Senate. Some of the bill’s proponents had previously declared that that vote could be expected by early February, but this is unlikely now, in light of the fact that one of its co-sponsors, Senator Robert Menendez joined with nine other Democrats in promising President Obama that they would wait until the March deadline for a framework agreement between Iran and the P5+1 before moving forward.

Until Menendez made this concession in response to extensive lobbying from the Obama administration, the bill’s supporters were reportedly optimistic that they would be able to secure large enough majority support to override a promised presidential veto. Now that this no longer seems possible, the calculus for progress on the bill has changed to delay any Senate floor vote at least until March.

The majority support within the Banking Committee remained unchanged by these new calculations, however, and the bill’s passage on Thursday was widely anticipated by news outlets and analysts. In describing the situation ahead of the vote, Fox News reported that Senator Menendez and other Democratic supporters of sanction measures wanted the bill to be ready for a floor vote at the earliest possible moment, even if that is not for an additional two months.

In a comprehensive report on the legislative conditions surrounding the bill, Bloomberg agreed with this assessment, adding that Menendez in particular had apparently conceded to Obama’s pressures partly in an effort to avoid losing existing Democratic support for the bill. On Tuesday, Menendez also told reporters that he did not want the bill’s early passage to serve as an excuse for the Obama administration in the event of the failure of negotiations.

Meanwhile, Bloomberg also points out that some Republican senators were pushing in the opposite direction, attempting to use the committee markup period to strengthen to bill in ways that may have made it unpalatable to some of its current Democratic supporters. The organization Americans for Peace Now described the content of each of these proposed amendments, characterizing most of them as attempts to push against negotiations and in the direction of war.

But clearly some of these proposed amendments were much more hawkish than others. With amendment 11, for instance, Senator Tom Cotton sought to eliminate one of the central characteristics of the bill as it had been presented to the public – by making new sanctions effective immediately, instead of being triggered by the failure of negotiations only. The Associated Press indicates that this and other especially strong amendments did not end up in the version of the bill passed on Thursday.