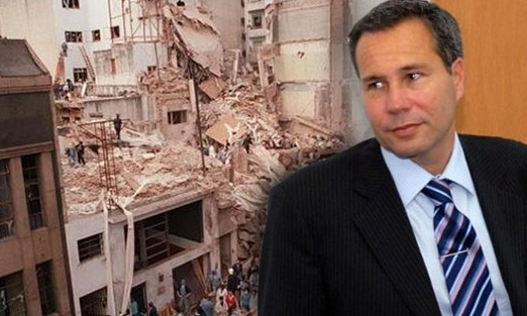 The President-elect of the Notational Council of Resistance of Iran (NCRI) said Mr Nisman valiantly stood up against the clerical regime and exposed the ‘dirty political and economic deals aimed at saving this regime from the great crime of the AMAI bombing’.

He also refused to give in to the repeated and escalating threats against him, Mrs Rajavi said.

“The objective of this cowardly assassination is to obscure the reality and wash the hands of the religious fascism ruling Iran from the great crime of AMIA and to pave the way for deals with the mullahs,” a statement by the NCRI said.

“From the very first days after this massive terrorist explosion, the Iranian Resistance exposed that the decision for the bombing was taken at regime’s Supreme National Security Council and that its perpetrators were the regime’s leaders, its intelligence ministry and Qods Force and the Lebanese Hezbollah,” the statement added.

Mrs. Rajavi said: “Although the anti-human mullahs’ regime and its collaborators took away a noble and courageous prosecutor from the international community, but this cowardly assassination shall not bring justice to a halt and doubtless the leaders of the mullahs’ regime will surely face justice for hundreds of terrorist acts, as well as the execution of 120,000 political prisoners and the slaughter of the peoples of Syria, Iraq, Yemen and Lebanon.”

Mrs Rajavi also called for an independent international probe to bring the perpetrators of this crime to justice.

She added: “An investigation into this matter is part of the investigation into the AMIA crime and will surely shed added light on the role of the Iranian regime in that crime as well. Any one of the crimes perpetrated by this regime as the bank-roller of state sponsored terrorism, if investigated, will lead to the most senior officials of this regime.

NCRI’s statement said that according to the Dr Nisman’s investigation, the plan to blow up the Jewish center was discussed in a meeting of Iranian regime’s Supreme National Security Council on 14 August 1993 by Khamenei (the supreme leader), Hashemi Rafsanjani (President), Ali Akbar Velayati (Foreign Minister), and Ali Fallahian (Minister of Intelligence). Once the decision for the bombing was finalized, Khamenei tasked the intelligence ministry and the revolutionary guards’ Qods Force (IRGC-QF) to carry it out.

At that time, Ahmad Vahidi was the Commander of the Qods Force and Mohsen Rezaii was the Commander of IRGC. Nisman’s investigation reveals that those involved in the plan also included Mullah Mohsen Rabbani, who lead the regime’s terrorism in Latin America and was working there under the cover of regime’s cultural attaché at mullahs’ embassy in Buenos Aires, and ministry of intelligence agent Ahmad Reza Asghari, working under the cover of embassy’s Third Secretary, and Imad Moghniya, the military commander of Hezbollah.