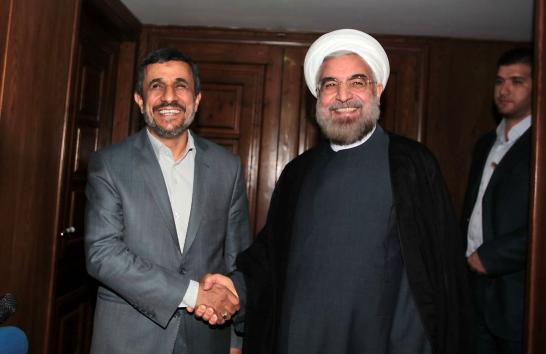 Former House member Patrick Kennedy highlights the reality that expecting different results from the newly mullah’s president Hassan Rowhani is simply ludicrous.  “The definition of insanity is doing the same thing over and over and expecting different results,” said Kennedy.  “Rouhani is nothing but the same type of ruler as Ahmadinejad except he has a smile on his face,” he added.

Former Governor of Pennsylvania, Ed Rendell is quite matter of fact when discussing Hassan Rowhani, providing no over the top explanations, just the straight and narrow.  “The mere fact that he was approved to run by Khamenei is a signal to these people, that he is not a real moderate and not a real reformer,” said Rendell.

Hassan Rouhani will be inaugurated as mullah’s new president on August 3, 2013.