“I had no time to think about my dreams. From morning to night, I was working and had no time to dream,” said 13-year-old Iranian child laborer Reza Fiuji in ‘Mah-e Asal’ [honeymoon] TV program around five years ago. On January 5, society was taken aback by Reza’s suicide. However, he was neither the first nor the last victim of the ayatollahs’ rule.

The people of Iran still remember his cute smile. “I wish there were no more poor people in the world. I wish to be able to help everyone,” Reza said. He had grown in a needy family but had no dreams for himself.

Reza was about to become 18 years old. A few months ago, his friends said that “he had a good mood and was a skilled tailor.”

During the honeymoon’s second episode, he said, “I wish to leave my living district.” When the interviewer asked him the reason, he sadly spoke about the addiction of children and adolescents. He expressed his sadness over the sale of drugs by children.

Some while later, several compatriots helped Reza and his family to move from that district. However, his mother’s sudden death was a heavy psychological blow.

Reza was his family’s breadwinner. His father was unemployed, and his mother had been sick. Reza and his brother were their family’s breadwinners. “Every month, I earn about 3,000,000 rials [$30]. I take 550,000 [$5.5] rials and give the remaining money to my mother,” he had told at the honeymoon TV program.

The heartbreaking news of Reza’s suicide rapidly circulated on social media. Iranian netizens reacted to the story and blamed the government for failing to protect the country’s next generation.

Reza’s story is merely an instance of millions of child laborers in Iran who have to work hard to make ends meet. Like Reza and his brother, they see no future and have no time to think about their dreams. Regrettably, many of these children look at suicide as a solution to be released from their sufferings.

On the other hand, due to the government’s economic failures and mismanagement, these children’s population is on the rise. In many cases, municipal agents or security forces violently deal with these needy children. Many of these children, particularly those whose parents are addicted, must endure ill-treatment both inside their homes and on the streets.

Different government-linked institutions and bodies misuse these children and do not pay their wages. Furthermore, some families push these children to engage in street fights to earn meager sums through betting on their children.

In a nutshell, Iran’s society is considered one of the youngest populations in the world. However, the government’s horrible policies not only waste this invaluable wealth but also jeopardize the country’s future. 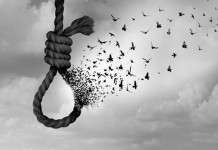