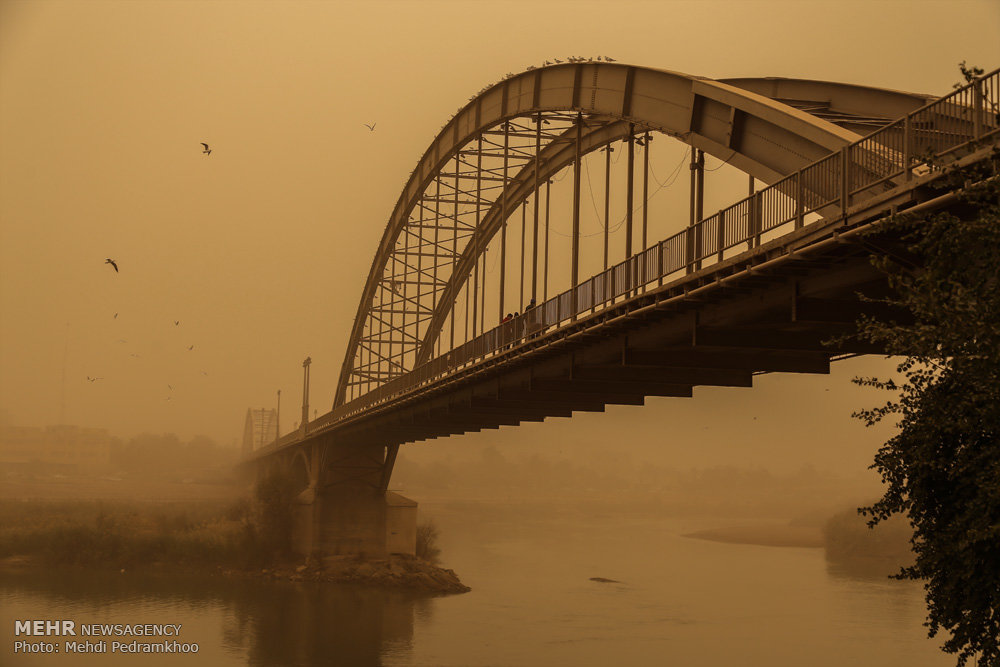 This is not the first time it has happened in the area and pictures from Iran show that the sun is hidden behind a thick layer of pollution. Most people are staying off the streets and those who do venture outside are wearing masks. Visibility is now down to a few metres and the conditions are extremely dangerous.

The air pollution in the county, in particular in the southwestern area, has been getting progressively worse for the past few years. The area is getting drier because of the chronic drought. The over-use of water supplies is also not helping the situation.

Over the past weekend, around 1,300 people had to go to hospital because of respiratory issues in the region’s capital Ahvaz as well as some of the other larger towns like Khorramshahr, Abadan and Shadegan.

The pollution hit the highest level yesterday and numerous government offices and schools were forced to close.

Mahmoud Hojati, Iran’s Minister of Agriculture, and Isa Kalantari, the chief of the environment department, were sent with several other experts by President Hassan Rouhani to the area to oversee the efforts that the government has made.

On the environment department’s website, Kalantari stated that the worrying situation has been caused because of years of excessive water consumption and the poor policies in place. He claimed: “We have used our water resources without looking to the future and without applying any expertise on water resources. Given that the current situation is the result of the fact that our country is semi-arid and semi-desert, we must prepare ourselves to adapt to a life with less water.”

Khorramshahr is one of the areas where many people took to the streets to protest and hold anti-government demonstrations at the end of last year. The province is populated mostly by Arabs who have said that the government ignores the provincial issues they face there.

The economic situation in the country is at such a critical stage and it is clear that the people want regime change. They know that the current leadership will not be able to bring any positive change to their lives and millions of people are unable to provide their families with the most basic of essentials. Furthermore, there is nothing the Iranian regime can do to fix the economic, social and political problems.