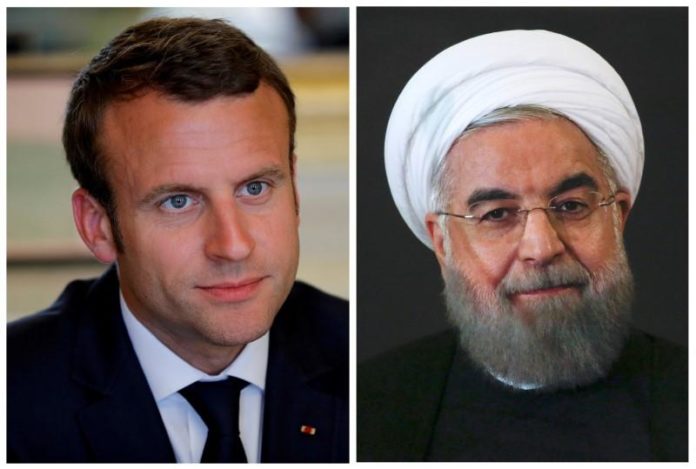 At a meeting of all 28 European Union foreign ministers in Brussels, Jean-Yves Le Drian said: “We will also have the opportunity of underlining our firmness on Iran’s compliance with United Nations Resolution 2231, which limits access to ballistic capacity and which Iran does not respect.”

The UN resolution, which enshrines the Joint Comprehensive Plan of Action (JCPOA) between Iran and six world powers (the US, the UK, France, Germany, China, and Russia), calls on Iran to refrain from working on ballistic missiles designed to deliver nuclear weapons until 2023.

Since the JCPOA was made law in 2016, Iran has test-fired ballistic missiles on several occasions and been criticised in the West. It is even one of the reasons that Donald Trump has provided for pulling out of the deal altogether.

The US has imposed several rounds of non-nuclear sanctions on Iran for these tests because they violate the UN resolution, while French President Emmanuel Macron has in the past described Iran’s ballistic missile program as “very worrying”.

Macron hasn’t ruled out sanctions in response to Iran’s ballistic missile programme but has suggested that these measures should be included in amendments to the JCPOA, which he wants to keep in place.

Iranian officials do not want any amendments to the nuclear deal. They have also claimed that their ballistic missiles programme is defensive and denied that they are capable of carrying nuclear warheads. However, considering their refusal to allow independent inspectors access to all of their nuclear sites, the Regime should not be taken at their word.

When Le Drian arrived at the meeting, he also said the ministers would restate their concerns over Iran’s “destabilising” activities in Yemen, Lebanon and Syria.

An example of this destabilisation is Iran’s supplying of the Houthi terrorists in Yemen with Iranian-made ballistic missiles to fire on Saudi Arabia, which not only violates Resolution 2231, but also a resolution against arming the Houthis.

While the comments by Le Drian are a positive sign that Europe may be getting ready to tackle the Iranian Regime, talk must be backed up with action.