The camps are divided by the training they will have to do and by nationality. Their training is overseen by the Iranian Regime’s terror squad, the Revolutionary Guards Corps (IRGC).

The training is divided into two types of courses; a crash-course of 45 days for troops that will be used to fight in paramilitary forces like the IRGC’s Basij force or a full training course which lasts from between 9 and 12 months. 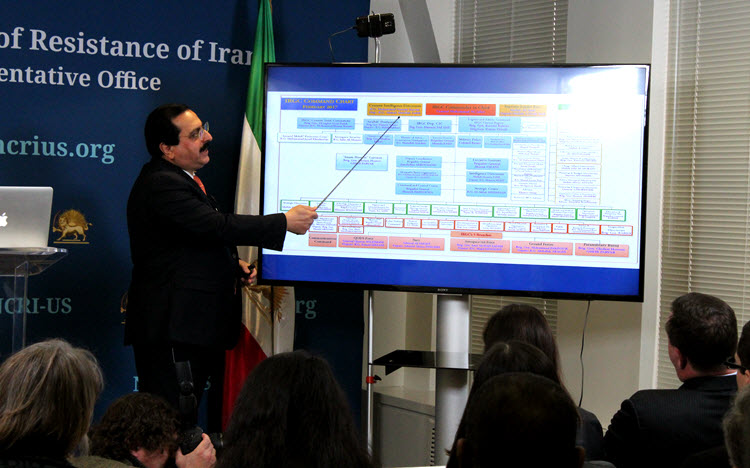 The full training course has many different sections:

The Iranian Regime may attempt to distance themselves from these training camps but IRGC Brigadier General Khosrow Orouj confirmed that this had the approval of the supreme leader Ali Khamenei.

• Controlling the Iranian economy (diverting money to the military, rather than social care programmes)

• Controlling Regime officials and arresting them

The report makes clear that the IRGC is in control of these terror training camps, in an attempt to export terrorism, destabilise other countries and take control in those countries.

Iran’s Terrorist Network in EU Must Be Fully Dismantled