Home News Terrorism The IRGC must be designated terrorist

Their main argument is that it would endanger American troops if the IRGC was designated as a terrorist organisation. They believe that the IRGC or its proxies would turn to terrorism against US forces as a result. They also say that the fight against ISIS would be undermined.

Tehran’s lobby has always argued that a war will be ignited if the IRGC is designated – an argument that is intended to intimidate critics into appeasement.

Another argument is that the IRGC should not be dealt with in the same way as non-governmental organisations seeing as it is a state institution.

The final argument is that a firm policy will serve the hardliners in Tehran.

These arguments are foolish and are a way for the Iran lobbyists to keep the appeasement of Tehran in place.

Designating the IRGC as a terrorist organisation is necessary for numerous reasons. Firstly, and most importantly, because it is a terrorist organisation. It has been, and still is, involved in terrorist activities in Lebanon, Syria, Iraq and other countries in the region. It is responsible for horrific war crimes in Syria and supports proxies across the Middle East.

Hezbollah was declared a terrorist organisation by the US in 2009. The leader, Abu Mahdi al-Mohandes, has been working alongside the IRGC since the eighties and presently reports to the commander of the Quds Force – Qasem Soleimani. Hezbollah and other terrorist groups are responsible for numerous attacks against US soldiers.

To say that the designation would put US soldiers in danger is proof in itself that the IRGC is a terrorist group. The belief that the IRGC would retaliate with terrorist attacks speaks for itself. Appeasement has not worked in the past, so to continue with concessions would embolden the regime faced with this sign of weakness. Firm policy is imperative.

And the ISIS argument is ludicrous. The IRGC is not fighting ISIS – it is responsible for the creation of ISIS. Former secretary of state John Kerry said that Nouri al-Maliki and Assad formed ISIS – and these two are commanded by the Iranian regime.

It has already been proven that not designating the IRGC and not having a firm policy will not prevent war. There is already a war going on in Syria in which millions of people have been displaced and hundreds of thousands have died. Assad is fully supported by the IRGC.

Regarding the state institute status of the IRGC – this is nonsense because it is not the national military. Its role is the export of terrorism. The argument about hardliners and moderates is equally nonsense because, as has been demonstrated time and time again, there is no moderation and reform is impossible. 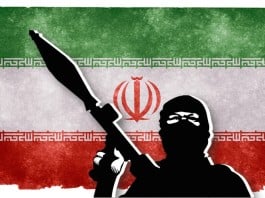