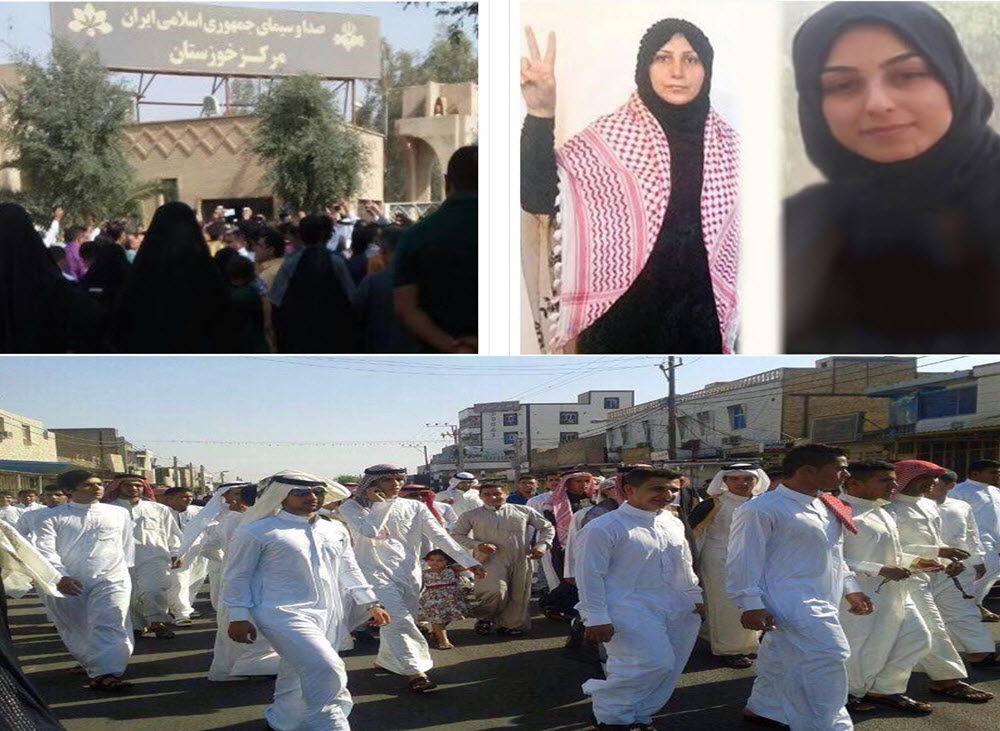 Presumably motivated in part by the public unrest that he has witnessed in recent weeks, Heidari declared that the offending media outlet owed an apology to Iranian Arabs. His remarks may help to keep the broader issue of Iran’s mistreatment of minority groups in the spotlight. The story underlying those remarks may suggest that the Arab population is subject to particular neglect, in comparison to other minorities; but the story also follows upon a number of other reports on ongoing and frequently escalating persecution of both ethnic and religious identity groups.

A number of these reports focus on collective actions and clashes between Iranian security forces and the groups in question. For instance, the CHRI reported last week that Tehran had stepped up its attacks on Kurdish activists and Kurdish regions of the country in the wake of mass anti-government protests that spanned every major city and town in Iran throughout the end of December and much of January.

Those protests also gave rise to clashes in February between security forces and the religious minority group known as Gonabadi dervishes, after numerous members of the Sufi sect gathered near the home of their leader Noor Ali Tabandeh out of fear that he would be arrested as part of the regime’s crackdown on activists and dissidents. Last week, IW reported that upwards of 350 dervishes were still being held in detention after being arrested against the backdrop of the protests, and that many of them had been prevented from contacting friends of family.

Such reports raise questions about whether protesters who were wounded during their arrest have ever received medical treatment. And these questions are made more imperative by the multitudes of reports regarding the withholding of medical treatment for political prisoners, including minority rights activists.

On Friday, World Watch Monitor called attention to two such cases as they relate to the persecution of Iran’s Christian faith community. Each of the men in those cases, Naser Navard Gol-Tapeh and Hadi Asgari, have been separately sentenced to 10 years in prison for allegedly proselytizing for Christianity. The religion is technically defended in the Iranian constitution as a traditional Iranian faith alongside Islam, Judaism, and Zoroastrianism, but converting from Islam to any other faith is illegal and may even be grounds for capital punishment.

The World Watch Monitor article indicates that Gol-Tapeh was also arrested alongside three Azeri nationals when security forces raided a wedding party. He was confined to Evin Prison in January of this year and has since made several appeals for medical treatment, all of which have been denied. This practice of obstructing access to medical care has often been used to exert additional pressure on political prisoners, or as a form of punishment. And in September of last year, the practice was given unprecedented attention following the viral spread of post-operative images of Alireza Rajaie, who lost an eye and part of his jaw to surgery for a cancerous growth that went undiagnosed for several months while he was in prison.

This attention has likely helped to focus international activism on some of the current victims of the practice. World Watch Monitor notes that Asgari, for instance, has been the subject of expressions of concern by four United Nations officials. Last month, the Christian convert’s family provided the money that should have won him temporary release for the Iranian New Year holiday of Nowruz, so that he could receive medical treatment. However, the application for release was rejected without explanation and he remains in Evin Prison alongside many of the Iranians who have been arrested on political and religious grounds.

These cases serve to highlight the familiar trend of individual activists and scapegoats being targeted on the basis of the Iranian regime’s attitudes toward the identity groups to which they belong. Another ostensible example of this was featured by CHRI on Tuesday. The report indicated that Emadeddin Mollazeri, a rights activist for the Baluchi ethnic minority, had disappeared following a sudden prison transfer on March 14.

The prosecutor in Mollazeri’s case reportedly visited him in prison to declare that he would not be released under any circumstances. Afterwards, the defendant lodged a formal complaint, and his disappearance may constitute retaliation against this and against his efforts to inform the public about his situation.

In this light, Mollazeri’s case highlights not only the systematic mistreatment of Iran’s ethnic minorities but also the regime’s efforts to enforce secrecy about its mistreatment of detainees in general. His disappearance follows upon a number of instances of suspicious deaths in Iranian prisons, including that of Kavous Seyed-Emami, an Iranian-Canadian university professor who had been targeted for arrest on the basis of his environmental activism. In this case and several others, authorities attempted to dismiss the deaths as instances of suicide while also obstructing independent autopsies and pressuring the families of the deceased to avoid speaking to the media.

The National Council of Resistance of Iran has endeavored to keep track of the regime’s ongoing response to the January protests and their subsequent offshoots, and it has determined that at least 14 individuals have been tortured to death so far after having been arrested for participation in the uprising.