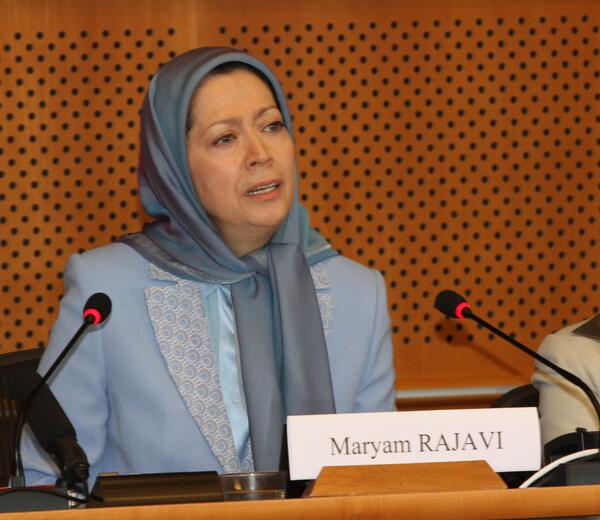 Mrs. Maryam Rajavi, President-elect of the Iranian Resistance, called on the international community, especially the United States, the European Union and member states, the United Nations Secretary-General and High Commissioner for Human Rights, to strongly denounce Thursday’s  barbaric raid against the political prisoners in the Evin Prison by the revolutionary guards and the criminal agents of mullahs’ intelligence and the savage battering and transfer of a number of political prisoners to solitary confinement. She also called for binding, effective and immediate resolutions to stop the barbaric and systematic transgression of human rights by the religious fascism ruling Iran.

Rajavi added: “Silence and inaction upon whatever pretext in face of the savagery by the mullahs ruling Iran is turning ones back on the principles and values that the United Nations was built to safeguard and that the European Union and the United States profess to defend.”

Rajavi accentuated: “The raid on political prisoners in Evin Prison that comes with the escalating trend of group and arbitrary executions that surpass 700 since Rouhani assumed power demonstrates the fragile state of the mullahs’ regime and its horror of its inevitable demise.” “Executions, oppression and discrimination are the principal pillars of mullahs’ rule and any flexibility here will accelerate the trend in regime’s downfall”, she added.

Mrs. Rajavi urged the people, especially the Tehran youth, to rise to the support and in solidarity with the prisoners and their families and not allow the clerical regime in the final phase of its infamous existence to carry on with and intensify its anti-human atrocities in the prisons and against prisoners.

In the raid by the revolutionary guards on Evin Prison on Thursday, April 17, a number of the prisoners were severely wounded and suffered severe bleeding and broken bones in the head and ribs. Amongst them Gholamreza Khossravi Savadjani, Assadollah Hadi, Javad Fouladvand and Assadollah Assadi are in critical condition. Assadollah Hadi who just recently has had an open-heart surgery is in very dire condition. The hirelings also destroyed all prisoners’ belongings and took with them their handwritten papers.

A number of other prisoners who in the prison yard chanted “death to dictator” and sang songs to protest this savagery were also severely beaten up by the suppressive forces. Following this barbaric raid, 31 prisoners were transferred to solitary cells in Evin’s ward 240.