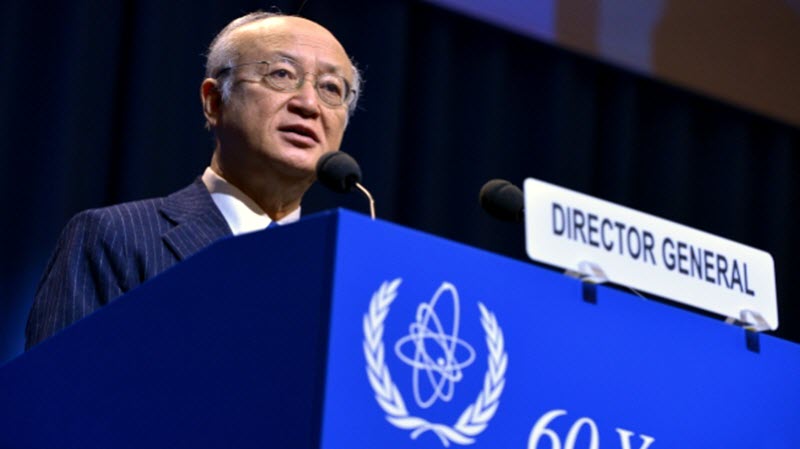 Under the terms of congressional ratification of America’s participation in that agreement, the president is required to certify that Iran is holding up its end and also that the continued suspension of sanctions on the country’s nuclear program are in the “vital national security interest of the United States.” The next deadline for such certification is the middle of October, and although President Trump claims to have already come to a decision about what he will do, he has remained secretive about it.

Virtually since launching his presidential campaign, the president has left no doubt about his disdain for the JCPOA, calling it the “worst deal ever negotiated” and an “embarrassment” to the US. Nevertheless, he has twice provided certification to Congress, evidently under pressure from his foreign policy team regarding the potential impact that unilateral withdrawal from the deal could have on the US’s relationships with its European allies.

The threat to these relationships was arguably on prominent display in the Huffington Post article, which noted that David O’Sullivan, the European Union’s ambassador to the United States, had warned that the EU could take advantage of a mid-90s statute to block certain US sanctions when they target a third party but indirectly threaten European companies.

This sort of threat, along with general diplomatic concerns, evidently underpins the argument of Trump administration officials like Secretary of State Rex Tillerson, that the US should be pursuing a strategy based on building consensus among Western powers before taking steps to strengthen or even replace the JCPOA.

In fact, much of the White House’s recent activity has arguably been aimed at precisely that goal. For instance, US Ambassador to the United Nations Nikki Haley visited the headquarters of the International Atomic Energy Agency in August to raise questions about the extent of international monitoring of Iranian nuclear activities, including activities possibly taking place at military sites, which Tehran has kept off limits.

The IAEA has repeatedly reported that Iran is upholding its obligations under the JCPOA, and this has provided the office of the president with incentive to certify compliance before Congress. The IAEA reports have not, however, silenced critics who believe that the nuclear agreement has inadequate verification standards and leaves open the possibility of Iranian cheating. Now, in the wake of White House efforts to communicate its skepticism about the deal, there is new evidence that the IAEA itself agrees with this point about weaknesses in the JCPOA.

On Tuesday, a Reuters article detailed an emerging dispute between IAEA Director General Yukiya Amano and Russian officials regarding Section T of the JCPOA, which bans “activities which could contribute to the development of a nuclear explosive device.”

Amano continues to defend the nuclear deal overall, but has commented directly on criticisms from the Trump administration. Neither has Amano or the IAEA as a whole shied away from criticisms of Iran’s overall cooperation, even though it has not suggested that any past obstructions further weakened the agreement or its implementation. However, on Tuesday Amano urged the participants in the agreement – namely Iran, the US, Russia, China, Britain, France, Germany, and the EU – to clarify the lack of defined verification procedures for Section T.

Other sections of the JCPOA specify the role that the IAEA will play in assuring Iran’s compliance, although opinions vary with regard to the effectiveness of those procedures. But Section T lacks any such specificity, leading Russia – an Iranian ally – to argue that the nuclear watchdog simply has no authority to oversee Iran’s response to the broadly-worded section. But Amano seemed to hint at the need for Iran to “submit declarations, place their activities under safeguards or ensure access by us” in the case of activities relevant to Section T, as Iran has committed to do with regard to other sections of the deal.

It cannot be said for certain what motivated Amano to speak out on this section of the deal at this particular moment. On one hand, he may not have considered the lack of relevant safeguards during the first 20 months of the deal’s enforcement. On the other hand, it is possible that he had raised the issue in private communications prior to this latest media report, only for subsequent efforts to be stymied by Russia and China, which have generally been defending Iran’s interests.

But it is also possible that Amano’s concerns about the possibility of Iranian non-compliance have recently increased for one reason or another. Of course, one possible reason is the Trump administration campaign to establish possible justification for decertification of Iranian compliance. But another is Iran’s own response to these efforts and to the generally more assertive American policies that have prevailed since Trump took office in January.

The intervening period has been widely described as one of escalating tensions between Iran and the US; and Iran has contributed to that escalation in ways that arguably stand to undermine global perceptions of its commitment to cooperating with the world community.

The White House has made a prominent issue of Iran’s ballistic missile activities, as such weapons have the potential to carry nuclear warheads. The issue of these weapons was left out of the JCPOA as a result of Iranian objections, but a parallel UN Security Council resolution called upon the Islamic Republic to avoid work on such weapons. Nonetheless, the country’s hardline Islamic Revolutionary Guard Corps has carried out as many as 20 ballistic missile tests since the conclusion of nuclear negotiations.

According to the latest reports, it has also faked one such launch for the sake of propaganda seemingly aimed at explicitly threatening regional and Western adversaries. Newsweek reported on Monday that video of the supposed launch of a newly developed Khorramshahr ballistic missile was actually footage from an earlier test launch of another missile, which failed when the rocket exploded prematurely after traveling approximately 600 miles. Iranian officials claimed on Friday that the new missile, which was also put on display in a military parade, was capable of traveling more than twice that distance and carrying multiple warheads.

Business Insider adds that Western intelligence agencies found no evidence of a test launch taking place when Tehran claimed it did. The regime’s decision to manufacture evidence of a launch and falsely claim that it had been successful casts doubt upon its other, repeated claims that the missile program is purely for defensive purposes. From such developments, it is clear that the program at least serves propaganda purposes, as well, if not the purpose of establishing a credible threat. In the latter case, this adds credibility to the further question of whether Tehran does indeed plan to outfit such weapons with a nuclear warhead that it plans to develop in the future.