Drivers of the Abadan LPG tank trucks have started to strike on Koi Farhangian Road. As have truck and trailer drivers on the roads of Mashhad.

The Iranian regime while having the experience of the gasoline price hike, didn’t announce officially the price hike of diesel and started it in specified places in the country to prevent any wave of new outrages and protests by the people.

To prepare the minds of the people for such a project, the regime is moving forward in silence, so that if it leads to turbulences, they would be able to deny it.

Mahmoud Sadeghi, a member of the Iranian regime’s parliament and a member of the Hope faction, said during a speech at Tarbiat Modares University in Tehran that “other energy carriers are likely to become more expensive.” He acknowledged that Iran’s oil sales had reached “zero” and “the reason for the gas price increase is the deficit of 130-150 trillion tomans in the budget.”

Faramarz Maddah, a member of the Road Transport Agency’s Board of Directors, said on the diesel rate of 6000 rials for the trucks: “Currently, diesel is delivered to trucks on a scrolling basis at two rates of 3000 and 6000 rials, while the 6000 rial is the unofficial rate.”

Although the Rouhani government is considered bankrupt due to systematic mismanagement and economic corruption, the regime has continued to spend heavily on regional adventures and support for its mercenaries and militias in those countries, and to keep their share of the budget in order to survive the situation. 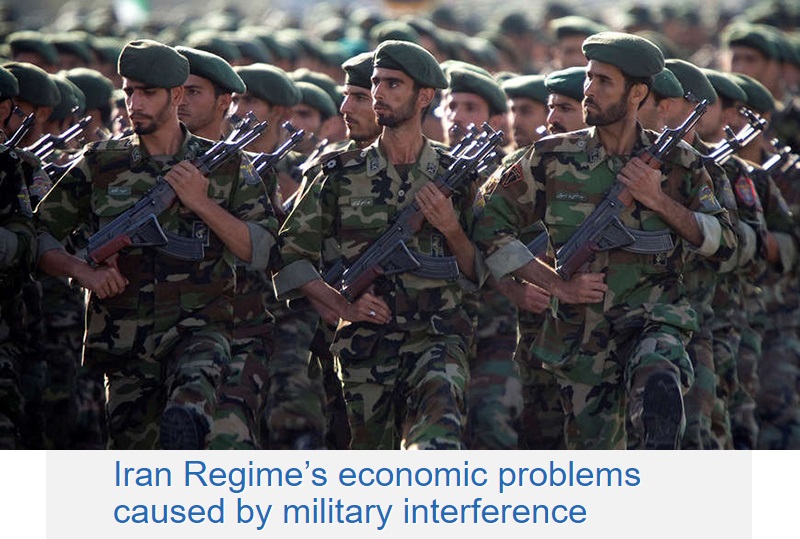 Although the budget for services and construction has declined sharply in the past year, the defense sector has increased by about 25 percent compared to last year.

The regime’s experts believe that the revenue projected by the government for the coming year is not possible. Even if solutions such as raising gasoline and diesel prices and borrowing $5 billion from Russia, as promised by Rouhani, materialize, the regime would still face a severe deficit.

Hassan Rouhani’s Economy Minister had earlier said that the total amount of government tax revenue next year would be 160 trillion tomans. But the proposed budget of 2020 has earmarked around 195 trillion tomans in taxes.

Rahim Zare, a member of parliament’s economic commission, on 25 November 2019 demanded that the price of gasoline not be raised. In explaining his reasons, he cited the rising prices of goods in a short time after the gasoline price hike and cited some examples:

Marketers also say business is sluggish and what is expected to come in the budget, namely taxes, would lead to the closure of their businesses.

All of this shows that the incompetent rulers of the regime have no expertise in controlling affairs except for more lies and plunder. One of the few remaining ways for the government is to directly tap into people’s pockets and generate revenue through increased fuel prices, and it has no other options. The regime is expected to answer any protest with more repression, detentions, and deaths.

The Productivity Disaster in Iran’s Economy