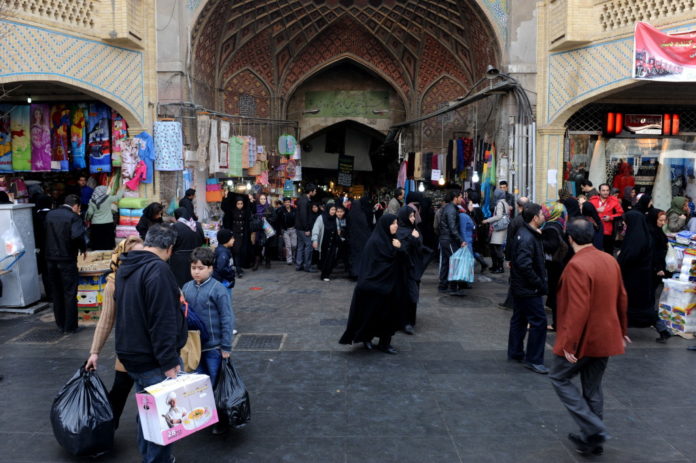 Even before the conclusion of the agreement, there had already been a number of reports about some of the projects that Iran would likely target with this capital in the early stages of a period of foreign investment. The sheer quantity of announced projects raised doubts about Iran’s realism and suggested that the government was attempting to paint a picture of dramatic recovery for propaganda purposes. But now that Iran may be nearing receipt of some of the anticipated foreign investment, there are more concrete reports about some of the potential joint ventures and development projects that could grow out of it.

Iran had long been pushing for completion of a joint Iranian-Pakistani gas pipeline that was intended to extend to the border of India. Iran claims to have completed its own segment of development approximately two years ago, and its impatience with Pakistan’s delays gave rise to threats of financial penalties and withdrawal from the project.

For its part, Pakistan had explained that completion of its section was stalled by the persistence of US-led economic sanctions. But now that these stand to be removed, depending on the outcome of a US congressional review of the nuclear deal, Pakistan is expected to carry the project to completion, thus giving Iran a new route for getting its considerable oil reserves to South Asian markets.

In case this is not significant enough on its own, the Times of India reported on Monday that the end of sanctions also raised the possibility of an alternative pipeline – a joint venture between Iran and India, which would travel undersea and bypass Iran’s neighbor and rival, Pakistan.

Such a venture appears to be a legitimate possibility, not only because of the venture capital that will shortly exist in Iran but also because of traditional and recent trade interactions between Iran and India. After China, India is Iran’s second largest Asian oil buyer, and Indian officials have expressed interest in expanding further trade relations and consumer exports to Iran in the wake of a nuclear deal with the West. This has been backed up by previous joint development, especially including the Port of Chabahar.

The Iranian-Indian pipeline promises to carry more than 31 million cubic meters of gas per day if it is successfully completed. It also stands to compete with the Iranian-Pakistani project, which Pakistan needs according to a reported published Monday by UPI. The Pakistani energy sector is underdeveloped, and direct access to Iranian gas would be a boon to its future prospects. But Iran’s circumvention of Pakistan would be likely to undermine that while also boosting the economic advantages of its main regional adversary.

The simultaneous prospects of these two pipelines highlight some of the potential political fallout from the economic effects of sanctions relief and broad-based foreign investment in Iran. In a report last week, Iran News Update raised the possibility that Iran’s newfound wealth and outlets for its oil and gas reserves could provide it with opportunities to play India and Pakistan against each other, gaining advantages for Iran in the meantime. The pipeline issue highlights that possibility even more clearly.

The prospect of closer Iranian economic relations with both India and Pakistan could pose a threat to US leverage in the region, where both South Asian countries had previously held back on their relations with Iran in order to not fall afoul of US sanctions. If the sanctions are no longer in place and Iran’s economic growth more than doubles as it is expected to, the prior incentives will no longer exist.

A South Asian shift away from the US and toward Iran may pose some threat to US interests on its own. But this threat could be much amplified when put into context with broader Asian economic and political relations. The Indian and Pakistani governments have been generally friendly toward the US in recent history, but the same cannot be said of the economic powerhouses of China and Russia, which also stand to gain major footholds in the newly opened Iranian economy.

In fact, Bloomberg reported on Monday that Asian investors and particularly Asian manufacturers of cars and various other products stand to win big from the opening of Iran. The Islamic Republic’s five biggest trading partners are Asian and the growth of some of these markets, such as China and Turkey, could take place to the exclusion of the US.

This danger is given more clout by the fact that political tensions between Iran and the US appear unlikely to be resolved even as foreign entities rush to invest in Tehran’s economic infrastructure. CNN pointed out on Monday that Iranian Supreme Leader Ali Khamenei delivered a speech over the weekend insisting that relations would not improve with the “arrogant US,” and that the two sides had not been negotiating over anything but the nuclear file.

The Blaze further pointed out that Khamenei delivered these remarks while holding an assault rifle and that he used the speech to praise demonstrators who chanted “death to America” and “death to Israel” on the occasion of Quds Day.

Meanwhile, even the Obama administration appeared to confirm the continuation of current tensions. According to AFP, Secretary of Defense Ashton Carter paid a visit to Israel on Monday to reaffirm support for the longtime US ally against Tehran’s Islamic theocracy. Ahead of the trip, Carter announced that a military option for dealing with Iran still remained on the table.

The Western calculus for dealing with the further deterioration of these relations must surely change if Iran has access to greater wealth. And it must change further if Iran has closer ties with other Asian adversaries to the West. This is a very feasible outcome of Asian economic investment and Iranian economic leverage in the broader region.

As has been noted by many critics of the Iranian regime, the threat of an emerging Asian bloc is amplified by the threat of Iran pouring newfound wealth into longstanding support for international terrorism. On Monday, CBN News reported that the Palestinian terrorist group Hamas had recently sent delegates to the Lebanese Shiite paramilitary Hezbollah, which is controlled by Iran. The two groups have traditionally been at odds with one another, although Hamas has also received steady financing from Iran.

The improved relations between the two terrorist groups seems to reflect Hamas’ expectation that the completion of the nuclear deal will open it up to greater Iranian wealth and thus greater regional clout, as long as it remains politically and strategically close to Tehran.