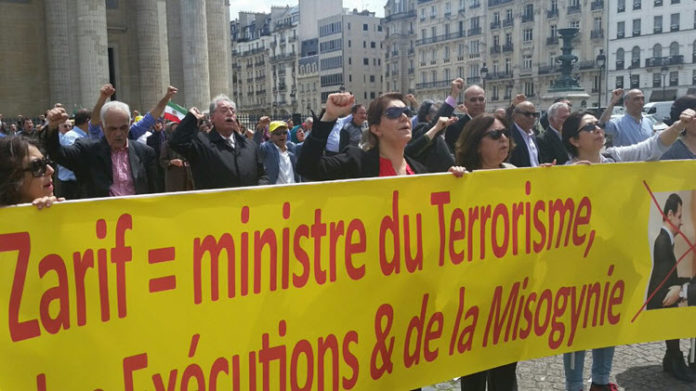 Pan-Armenian reported upon Zarif’s visit and said that the French government might also use part of the meeting to discuss Iran’s foreign affairs and particularly its interventions in the Syrian Civil War on behalf of Syrian dictator Bashar al-Assad. But the report made it clear that any conversation along these lines would be an afterthought in comparison to the main focus of European investment in the Islamic Republic.

In apparent response to this narrow focus, some opponents of the Iranian regime made efforts to raise awareness about Iran’s intrusive foreign policy and domestic repression, in the context of Zarif’s visit. The National Council of Resistance of Iran, which is itself headquartered outside of Paris, staged a protest to coincide with that visit, calling attention to the Iranian role in Syria and the roughly 2,500 executions that have been carried out by the Iranian judicial system just in the time that Rouhani has been president.

The protestors also sought to call attention to a much larger rally that will be taking place on July 9, also just outside Paris. The annual international gathering of supporters of the NCRI is expected to draw tens of thousands of Iranian expatriates, as well as Western politicians and foreign policy experts, including some of the 270 members of the European Parliament who signed a statement last week calling upon European governments to avoid the sorts of expanded economic relations that are reflected by Zarif’s visit to Paris.

The statement emphasized Iran’s terrible human rights record and urged establishing improvements to this as a precondition for future trade agreements and other types of collaboration with the Islamic Republic. Naturally, similar and arguably more aggressive criticism of recent Western policy has repeatedly been expressed by lawmakers in the US, many of whom opposed the JCPOA in the first place.

Those lawmakers have sought to either obstruct or discourage the prospective deals that have been made possible by that nuclear agreement. And their skepticism has likely contributed to the current situation in which many European businesses are reportedly uncertain of the stability of the Iranian market and the extent to which they will be at risk of future enforcement of US sanctions should they reenter the Iranian market.

To date, that confusion has been compounded by the fact that no major US company has joined in the apparent rush to invest in Iran. However, this could change in the wake of an emerging deal between the Iranian airline industry and American aircraft manufacturer Boeing. The latest reports seem to indicate that negotiations for the sale of over 100 commercial jets have concluded on both sides, but also that the deal is still awaiting the approval of both nations’ governments.

It is unclear how the pursuit of that approval will turn out on either side. On one hand, Iranian officials are generally understood to have accepted nuclear negotiations because it was desperate to be rid of economic sanctions. But even before those negotiations concluded, Iranian Supreme Leader Ali Khamenei warned against broader negotiations with the US and insisted that Western entities would try to utilize the agreement to facilitate economic, political, and cultural “infiltration” of the Islamic Republic.

This has led to significant hardline pushback against possible economic deals, including new contracts governing foreign investment in the country’s oil economy. The originators of that pushback can be expected to be especially wary of allowing US companies into Iranian markets. In fact, several types of American goods have already been banned from importation into the Islamic Republic, at the behest of the supreme leader.

On the other hand, the aforementioned protests are indicative of the obstacles that exist for developments like the Boeing deal, on the Western side. But despite the persistence of this opposition, it has been insufficient to prevent the Obama White House from pushing through the nuclear agreement and subsequent implementation measures. The extent of those efforts has led some congressmen to accuse the administration of going far beyond its requirements under the JCPOA, so as to actively encourage Western investment in the Islamic Republic.

In any event, other news organizations reported on Wednesday that the State Department has already expressed support for the Boeing deal, calling it an example of legitimate commerce under the JCPOA. But while this may suggest that the deal is poised for approval at least on the Western side, there are signs that the State Department will face opposition from other aspects of the executive branch, along with the Republican-dominated legislature.

The Washington Free Beacon explains that the Boeing deal has reinvigorated discussions over whether the Obama administration intends to allow Iran to reclaim access to the US financial system – something that it had previously promised not to do, and something that Treasury Department officials still categorically oppose based on Iran’s propensity for support of terrorism, money laundering, and other financial crimes.

The administration’s eager endorsement of Iranian business deals has led to speculation that it is not serious about its former promise, even though the Treasury still promises to block access. This in turn signifies an apparent split within the administration, with one source telling the Free Beacon that Treasury officials are “seething with anger” at Secretary of State John Kerry over communications that they view as endangering Western businesses and financial institutions by giving them the false impression that Iran is open for business.

While the administration may be hoping that such claims will become reality, especially in the wake of the Boeing deal, others certainly hope for the opposite trend. Toward that end, Biz Journals reported on Wednesday that US Congressman Mike Pompeo recently issued a statement criticizing prospect plans for US government financing of the Boeing deal and emphasizing that the need for such financing would point to the “incredible risk of doing business with the Islamic Republic.”

Pompeo and others continue to emphasize this risk to Boeing and other Western businesses, in hopes that the lack of independent financing and legitimate connections between Iran and the global financial system will discourage major companies from contributing to Iran’s recovery. 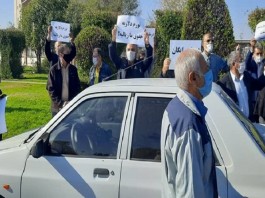 Elimination of Iran’s Workers and Retirees’ Wages With the So-Called “Save... 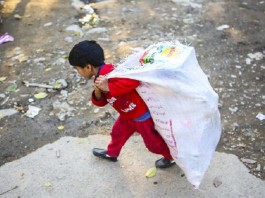 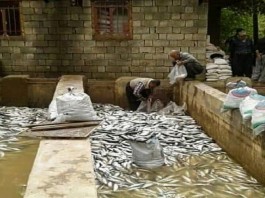