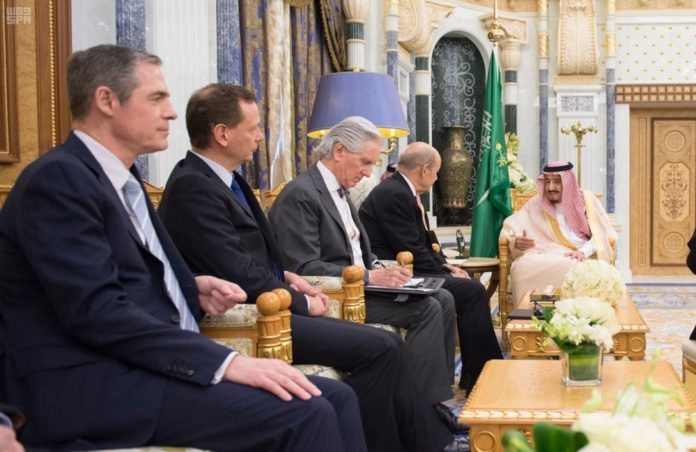 His comments came during a press conference in Riyadh, the capital of the kingdom of Saudi Arabia, where he spoke with his Saudi counterpart, Adel al-Jubeir. Le Drian said that France was concerned about Iran’s interventions all across the Middle East, mentioning in particular Iraq and Syria.

However, since these comments were made, sources in France have not commented on rumours about the start of a crisis between France and Iran.

Responding to the French Foreign Minister’s comments, a spokesman for the Iranian foreign ministry, Bahram Ghassemi, said the very next day that France was provoking “struggles” in the Middle East.

He added: “Unfortunately it seems that France has a biased and partisan approach to the crises in the region and this approach, whether intentionally or not, is even contributing to turning potential crises into real ones.”

Ghassemi also said that as far as Iran was concerned, France was “flying in the face of regional realities” and is addressing its concerns to “the wrong side”.

The French Foreign Minister was in Saudi Arabia to take part in efforts to resolve the current crisis that was sparked when the Prime Minister of Lebanon Saad Hariri announced his resignation earlier this month.

When Hariri announced his resignation, he made it very clear that Iran was one of the main factors behind his decision. He said that Iran has a significant amount of control over Lebanon, and it gains even more control via Hezbollah that is also heavily influenced by Iran.

French President Emmanuel Macron was one of the leaders that urged Trump to recertify Iran’s compliance. He warned that Iran would become the new North Korea if the deal falls apart. However, Macron made it very clear that there are other issues that need addressing when it comes to the Iranian regime.

He agreed that Iran’s aggression across the whole of the Middle East needs to be curbed and has expressed his concern about Iran’s ballistic missile program. He said that it is very important for Iran to clarify its strategy with regards to the program.

The French Foreign Minister is due to visit the Iranian capital very soon, however it seems like it might be postponed because of supposed scheduling issues. In reality, the relations between Iran and France are strained.

Macron said in response to claims that France was “biased” that Iran is misunderstanding France’s “balanced” position and urged all parties to “remain calm” and “find an equilibrium”. He reaffirmed that France is still a “partner” of Iran and is ready to hold talks with the Iranian government.