This is especially true for the IRGC, who get a considerable amount of their budget from this plundering, which is used to fund terrorism, warfare, and fill the bank accounts of those at the top. Most corruption is the result of military or government officials using family connections to give their relatives high-paying jobs or contracts. One of these officials is IRGC Major general Ali Shamkhani, who is the secretary of the regime’s Supreme National Security Council and the regime’s State Expediency Discernment Council.

Shamkhani, who started as an IRGC commander during the Iran-Iraq war and rose through the ranks, now uses his position to help his relatives to profit, something readily exposed because of regime infighting over the past few years.

Here are some examples:

The National Council of Resistance of Iran wrote: “In a nutshell, the IRGC mafia is greedy… Most interestingly, the silence of [Shamkhani], made public opinion more sensitive, and many people realized at the height of the economic and livelihood crisis, how corrupt the regime and the IRGC leaders are. And while poor people are grappling with the coronavirus and poverty, the regime’s officials are continuing their luxury lives by plundering people’s wealth.”

Corruption at Top of Iran Regime After 13 Trillion-Toman Scandal 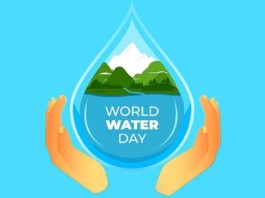