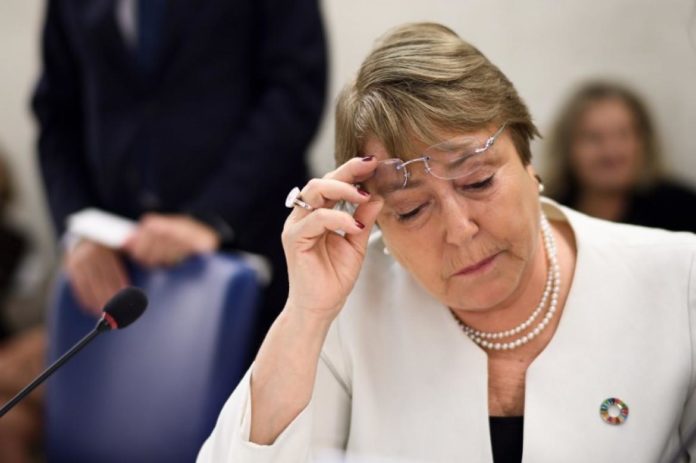 Chya Green Association was very active in orchestrating efforts to contain the fire. According to reports, a member of its Board of Directors, the well-known environmental activist, Sharif Bajour, had been arrested and interrogated several times by security forces regarding his environmental activities.

Marivan citizens began demonstrating in front of Bou-Ali hospital, where the activists’ bodies were being held, within hours of their deaths.
This incident was part of the Monthly report by the Iran Human Rights Monitor, which marked August a dismal month, with at least 30 executions, one case of flogging, 10 arbitrary killings and six deaths in custody.

Only six cases of execution have been made public by state media:

• On August 13, Moslem Shiri was executed at Ardabil Central Prison. He was charged with murder in 2009. Reportedly, Shiri was tortured and kept in solitary confinement for the past nine years. He was threatened that, “Your punishment is not death with the gallows. I will kill you slowly and your voice do not get anywhere.”

• Keramat Hassani was hanged on August 20th, at Gachsaran Prison on murder charges. Keramat According to a close source to the family, Mr. Hassani’s family was attacked by three robbers in 2010 and killed one in self defense.

• Iran hanged six men convicted of stealing 10kg of gold jewelry, state media reported. No one was killed, but one was injured during the incident, however, the six men, all under the age of 30, were sentenced to death for the charge of “Moharebeh” (enmity with God).

Iran Human Rights Monitor also recorded 10 of what they refer to as “arbitrary murders”:

• On August 3rd, a protester, Reza Otadi, 25, was shot and killed during protests in Karaj.

• 20 year old Sajjad Zargani was shot by state police, on August 16th. He was on a motorcycle & didn’t stop at a checkpoint. In response, the police opened fire.

• Seven porters were shot and killed by border patrols.

• An inmate of Central Prison of Zahedan, took his own life on August 14th.

• Eghbal Khosravi, along with five other inmates at Sanandaj Prison, attempted suicide on August 18th. He was the only one who lost his life.

• After disappearing for two days, Majid Ebrahimi, the director of a Telegram Messenger channel in Iran who refused to close it down when authorities demanded, was found dead on August 10th, on a Shahreza road.

In regards to the case of flogging, Iranian political prisoner, Mohammad Mozaffari, received 74 lashes at Evin prison on Sunday, August 5th. He was also sentenced to 2 years imprisonment, and a fine of 2 million Tomans on the charge of “propaganda against the system” and “insulting the leadership and the clergy” because of he disclosed information about the condition of political prisoners.

• 17 members of Gonabadi Dervish order were sentenced to a total of 143 years behind bars, 1480 lashes, exile to remote locations, ban on leaving the country, and ban on any forms of social or political activities, according to Human Rights Watch.

• Shoja Hossein Zadeh, director of the Baneh news Telegram Channel was sentenced to 74 lashes. He was charged with insulting President Hassan Rouhani.

Other harsh sentences include that of teachers’ rights activist, Mohammad Habibi, whose lawyer said that his client has been sentenced to seven years and a half in prison, according to state-run ISNA news agency, on August 4th, 2018.

In fact, Iran Human Rights Monitor has registered 557 arrests across the country, including 202 politically motivated arrests, eight arrests on religious and ethnic grounds, and 347 arbitrary arrests. Some examples are:

• State media reported that 20 protesters in Karaj were detained by security forces during the recent protests. Figures suggest that more than 50 people were detained during protests in Tehran. Many detainees were taken to the Great Tehran Penitentiary.

A number of prisoners across the country have declared hunger strike. These include:

• Nasrin Sotoudeh, Lawyer and human rights activist, who published an open letter outlining her reasons for the strike.

• Political prisoner, Ramin Hossein Panahi, who declared hunger strike on August 27th by sewing his lips together. He is protesting multiple violations of his legal rights.

• Civil rights activist Farhad Meysami who began a hunger strike August 1st, protesting his arrest and the constraints being placed on his choice of attorney.

• Political prisoner, Farhad Ariai (Sahrapeyma), is in the sixth year of his seven-year sentence, and eligible for early release. He declared hunger strike on August 15th when the court refused to review his request for early release.

• Sunni prisoner of concience, Namegh Deldel has been suffering from an injury to his right leg. To protest of his restricted access to medical care, he has been on hunger strike for more than a month.

• Prisoner of conscience, Seyed Ghassem Abasteh, a Sunni prisoner in Karaj’s Rajai Shahr prison, started a hunger strike on July 17th to protest his inadequate medical care In March, he was diagnosed with thyroid cancer. His condition has deteriorated to the point that he struggles to speak and breathe.

• Sunni prisoner of conscience Farshid Nasseri of Rajai Shahr started a hunger strike on June 16th to demand his right to furlough.

• Saman Rahmani, is in danger of losing his arms after suffering an injury, yet continues to be denied the rights of furlough and access to a clinic. He started a hunger strike on July 20th in protest.

On August 19th, on orders from a Ward chief penalizing their refusal to end their hunger strike, Varya Saed Mouchashmi, Hossein Esmaeili, Saeed Moradpour, Mojtaba Kounani, and Alireza Kounani were beaten and sent to solitary confinement. They were reportedly striking to protest issues with their respective legal cases.

• Sarir Mooghen, a 23-year-old Baha’i student, has been expelled from Isfahan’s Azad University just one semester before she was due to complete her Bachelor’s degree in architecture.

• Iran The Revolutionary Court of Bushehr has sentenced a Christian couple and 10 other Iranian Christians to one year in prison each for ‘Propagating against the state in favor of Christianity.’

• Security forces have blocked the burial of a Baha’i citizen, Abbas Kholousi, in his hometown, Kerman.

• A number of Baha’is were arrested on Friday, August 17th, for their religious beliefs in Shiraz, southern Iran. They include Pezhman Shahriari, Dorna Esmaeili, Kourosh Rohani, Negar Misaghian and her husband Mahboub Habibi.