July 2, 2013 (Paris, France) – Today, IranNewsU pdate.com u pdated its story that the Iranian regime has returned to its practice of public executions. This practice had been briefly halted leading up to last month’s presidential election.  News comes from first hand accounts as well as broadcasts on Iran state television.

Two prisoners were publicly hanged in Salman Farsi Square in Ahvaz, Iran including Hossein Tokan, convicted of drug trafficking and an unnamed prisoner convicted of threatening the security forces. An additional two men were hanged in the major intersection of Golzar in Karaj on Sunday

“Resumption of public executions demonstrate the real nature of the regime and how the notion of the election of Mr. Rohani as a moderate is, in fact, a myth ,” said Shahin Gobadi of the National Council of Resistance of Iran (NCRI). “As Mrs. Maryam Rajavi, President-elect of the NCRI underscored in her June 22nd Paris speech, “nothing will change so long as freedom of expression and human rights are non-existent, so long as political prisoners and political parties are not free, so long as the regime’s intransigent policy in Syria and Iraq remains intact and so long as the regime insists on obtaining nuclear weapons,” added Gobadi.

Although hundreds of convicts are hanged every year in Iran, no statistics are publicly available.  Public executions, however, are rare. Iranian authorities are known to say they try to prevent rising crime rates by setting harsh examples.

Six other prisoners were hanged in prisons throughout Iran, totaling ten executions within less than a week by the Iranian Regime.

This is a report by the Iranian regime’s state-run TV on the public hanging in city of Ahvaz on June 29, 2013

INU features news, analysis and commentary on events inside Iran and the Iranian Diaspora to audiences around the world. News and information is provided in cooperation with the National Council of Resistance of Iran (NCRI), the parliament in exile of the Iranian Resistance and the PMOI/MEK. Analyses on developments on Iran and the region are provided by INU experts. Media and researchers are welcome to use INU news and commentaries, with attribution made to IranNewsUpdate.com 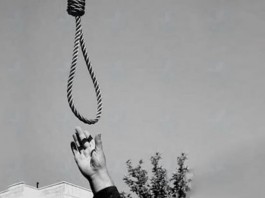 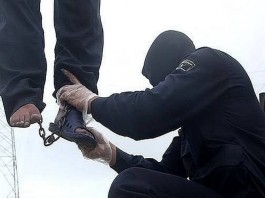 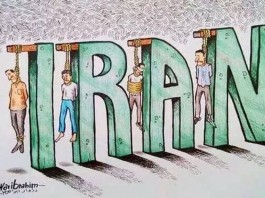