Behnam Mahjoubi, a Darwish Iranian, was buried in the village of Hojjatabad in Kerman on February 22. He had fallen into a coma on February 13th. At the same time, the news of his death was published, but the prison authorities denied it, and he lived for a few days on life support, until his death was finally officially announced on February 21.

Behnam Mahjoubi introduced himself to the Evin prison on June 19. He had previously been sentenced to two years in prison during a Darvish protest in Golestan. From the time he went to prison, he showed the certificate of his doctor to the judicial authorities, but it was never taken seriously by them.

Behnam Mahjoubi should not have entered the prison from the beginning

Behnam, who was an excellent student at Kerman University in 2009, had also lost his job after the events of the Golestan protests at that time. The sentence of two years in prison had affected his entire life. After he entered the prison, the problem of medication and treatment had added to his pain.

The prosecutor who owns the lives of prisoners

Even if a forensic pathologist confirms that a prisoner is unable to serve a sentence due to an illness, it is the prison prosecutor who determines the prisoner’s life. This is what happened to Behnam Mahjoubi. Amin Vaziri played with his life and eventually caused his death. Amin Vaziri is currently doing the same process with Ms. Fatemeh Mosanna.

In September 2020, another certificate was issued by Behnam Mahjoubi’s physician. While prescribing his medication, he reaffirmed that the prisoner could not tolerate imprisonment. The same doctor had emphasized to Behnam’s family that the use of any other medicine might cause drug incompatibility and poisoning. But what was the reaction of the judicial authorities and Amin Vaziri and the prison authorities?

Instead of treatment, they took him to Aminabad

Instead of following the doctor’s advice, they took Behnam Mahjoubi to Aminabad mental hospital. There he was doubly tortured. It was there that Behnam said he had “seen the decline of humanity in Aminabad.”

After months of goof off, on January 31, the judiciary ruled that Behnam could postpone his imprisonment with a 200-million-Toman bail. But Behnam, who had no money, could not afford it.

However, he, who was an excellent student at the University of Kerman in 2009, lost his job after the events of the “Golestan protests” and was unable to provide this amount.

Later, it was said that Behnam would be pardoned and released on February 10. But Behnam fell into a coma due to deliberate negligence in taking him to the doctor on February 13.

Human rights lawyers believe that Behnam Mahjoubi’s death was “murder” and that his family can prosecute it. But in which judiciary?

In a tweet, Babak Paknia a lawyer, advised Behnam Mahjoubi’s family to take legal action: “The available evidence shows that, based on the rules of causation, it is definitely possible to sue.”

Lawyer Saeed Dehghan also said that charges could be brought against the perpetrators.

Hassan Ra’isi, another lawyer for the judiciary, blamed Behnam’s death on the deliberate negligence of prison officials, the judiciary, and officers who “opposed his release, release, and treatment, and observed his illness and gradual death.”

Amin Vaziri, the Deputy Prosecutor and Assistant Supervisor of Political Prisoners, whose office is in Evin, was undoubtedly the murderer of Behnam Mahjoubi, if a crime could have been declared in accordance with the laws governed mentioned by these lawyers.

In recent years, many political prisoners have complained about Amin Vaziri as a person who has violated their human rights.

Despite his young age, Vaziri has a long history of violating the human rights of prisoners. He is responsible for the deportation of a large number of political prisoners, including Alireza Shir Mohammad Ali, who was killed in the Greater Tehran Prison.

Amin Vaziri, who is familiar to political prisoners in Tehran and Karaj and their families, has a long history of torturing and harassing prisoners of conscience too.

Gholamreza Ziaei, the director of Evin Prison, sees his hand open for any crime due to the presence of Amin Vaziri. And this couple sent many political and ideological prisoners to death. 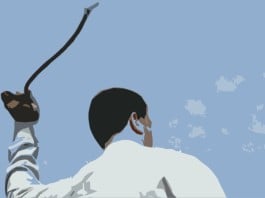 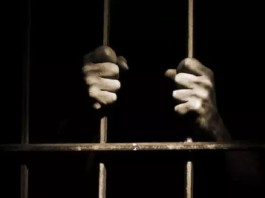 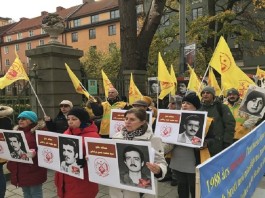