Some sources reported that the administrators of “Ammariyon” Website, Reza Golpour and Mohammad Hossein Rostami have been arrested on the charge of espionage for Mossad.

This Website is affiliated with Ammar Headquarters and owned by the Soft War commanders of the IRGC and the Deputy of Intelligence Organization of the IRGC, Mehdi Taeb.

According to the information released, Ammar Headquarters, also known as a cyber and cultural base, is a political and cultural organization that was founded in Tehran in February 2010. The core of Headquarters consists of 70 political, military, and cultural affiliates of the Iran regime. After the first general meeting, Mehdi Taeb was elected as the chair and Alireza Panahian as the deputy.
Mohammad Mehdi Mandegari, Hamid Rasai, Hassan Abbasi, Saeed Haddadian, Nader Talebzadeh, Mehdi Kouchakzadeh, Hossein Allahkaram, and Saeed Ghasemi were the first members of Ammar Headquarters. This organization started the public recruitment since 2011.

The Iranian MP, Mahmoud Sadeghi wrote about such arrests on his Twitter, “As I followed up the issues of Telegram administrators, I realized that some administrators of Ammariyon Website were arrested on charges of espionage for Mossad.”

About two weeks ago, the Iranian media reported the arrest of several eulogizers affiliated with Khamenei’s office, including Abdolreza Helali, Rouhollah Bahmani, and Mohammad Hossein Haddadian on charges of espionage for Israel and the establishment of illegitimate relations with a member of the French Embassy. 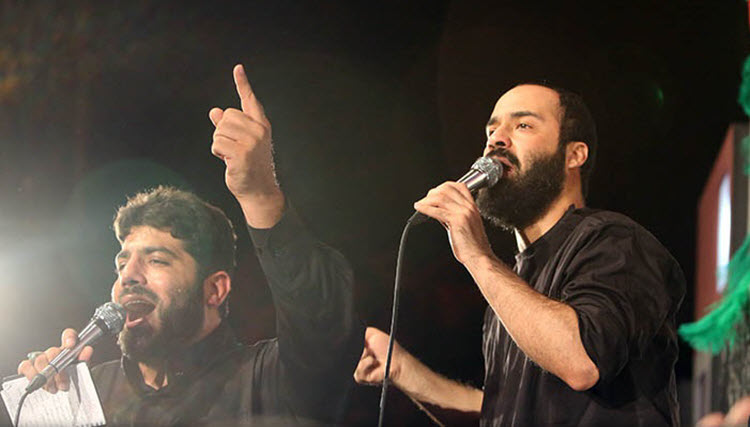 Following the arrest of some eulogizers, Etemad Newspaper writes that the judicial authority arrested them on charges of espionage and communication with Mossad, as well as illegitimate relations.”

The Representative of Rasht in the Iranian Parliament, Gholamali Jafarzadeh Imenabadi, wrote on Twitter and Instagram that, “The eulogizers supporting the electoral campaign are being jailed for the crime of espionage for Israel and illegitimate relation with a member of the French Embassy.”