On the night of Wednesday, February 24, the Iranian regime cut off the internet in Zahedan city, the capital of Sistan and Baluchestan province, to prevent news from spreading about the Saravan protests. On the other hand, Iranian Baluch citizens in Karim-Abad and Shir-Abad districts rallied, protesting the regime’s crackdown on the impoverished people in Saravan city.

According to the Iranian Resistance, at least 40 protesters and fuel porters were killed, and around 100 others were wounded as of February 23. However, regarding the continuation of protests and news reports, the number of victims seems far more.

The Iranian opposition People’s Mojahedin Organization of Iran (PMOI/MEK) called on local people to resist the Revolutionary Guards’ (IRGC) cruelty and aid the injured people. Furthermore, eyewitnesses reported that the IRGC had opened fire on peaceful rallies and protests in Zahedan.

Following the regime’s crackdown in the southeastern province of Sistan and Baluchestan, Iranian people declared their support for Iranian Baluch protesters inside the country and abroad.

According to the PMOI/MEK, citizens in the provinces of Razavi Khorasan, Alborz, Isfahan, Gilan, Western Azarbaijan, Tehran, and Zanjan provinces showed their solidarity with protesters in Saravan.

In Mashhad, Razavi Khorasan province, a citizen chanted, “Down with the mullahs’ rule” while he was trampling on a photo of Qassem Soleimani, the former chief of the IRGC – Quds Force. In Karaj, Alborz province, one citizen said, “We support the uprising of Saravan… Death to the dictator, and death to [the Supreme Leader Ali] Khamenei.”

“Down with the Islamic Republic. Death to the IRGC mercenaries who kill the Kolbars [porters] in the west of Iran and the fuel carriers in the east with bullets,” said a citizen from the northern province of Gilan.

“Condolences to the families of the martyrs of the struggle for freedom,” a citizen from Western Azarbaijan said. “We in Azarbaijan express our solidarity with the brave people of Baluchestan.” And a citizen from Tehran added, “It is the duty of all of us to support Saravan. Saravan is not alone.”

A resident from Zanjan said, “Death to the rule of the mullahs. Saravan is not alone. I will fight for the freedom of Iran and to support the people of Saravan. The Baluch are not alone. Down with Khamenei.”

Furthermore, Iranian diasporas announced their support for the Saravan protests. Despite the coronavirus outbreak and health restrictions, MEK supporters gathered in front of the United Nations headquarters in Geneva.

They echoed the voice of oppressed protesters in Sistan and Baluchestan province, calling on the international community to pressure the Iranian regime to stop violence and suppression. “In every corner of Iran, we join our voices to those of Saravan and the uprising for victory,” the demonstrators chanted.

Iranians Continue Protests; at Least Eight Rallies and Strikes on February 22 and 23 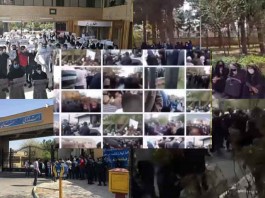 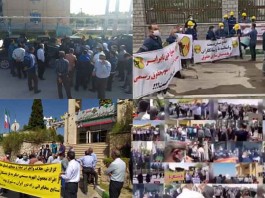 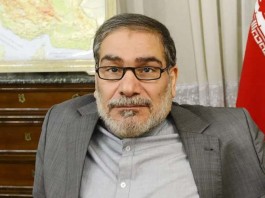