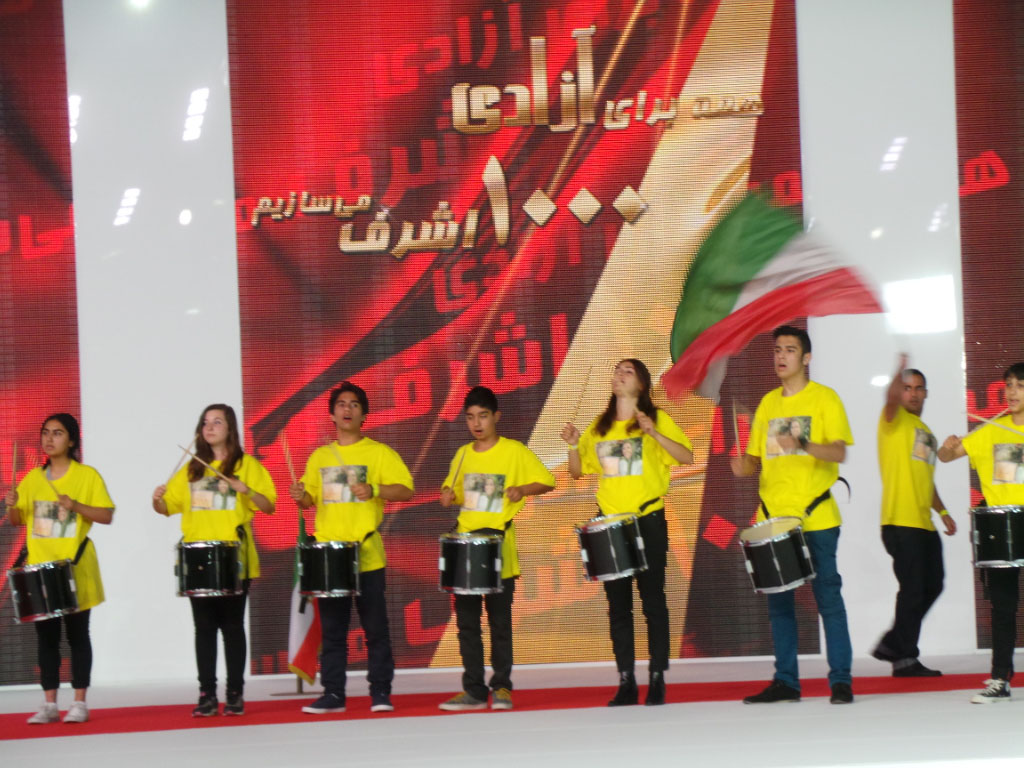 “I studied electrical engineering at College Park, Maryland,” Ali said, “but I ended up getting into politics, instead. In my country, they could have 100,000 electrical engineers and it wouldn’t make a difference as long as the fundamentalists are in charge.”

Ali reflected on the circumstances that led to his flight from Iran and his now-lifelong participation in the resistance movement that gathers together expatriates living in dozens of countries for its annual Iran Freedom rally. “Three of my friends were killed,” Ali said, “And for nothing. Just for distributing newspapers.”

Ali’s case is tragically familiar to the attendees who participate in each year’s rally, virtually all of whom have lost family members or friends to government repression, some of them very recently. The NCRI estimates that over the years since the People’s Mojahedin Organization of Iran (PMOI) and other resistance groups fell afoul of the Iranian Revolution, more than 120,000 of their members have been summarily executed or assassinated for their affiliations. Many have been tortured. Even the families of political prisoners and known affiliates have been threatened in an attempt to discourage the advocacy work of resistance groups both at home and abroad.

Among the electronic work done at the Villepinte setup by skilled and educated individuals whose careers were derailed by an emerging theocracy, a wall-sized monitor at the back of the stage features a various projected images designating major topics to be spoken about at the rally. Among them is a blood-red background with “1000 Ashraf” standing out upon it, recalling the deaths and injuries of PMOI members in the now-shuttered community of Camp Ashraf, which had been repeatedly attacked by Iranian agents inside of Nouri al-Maliki’s Iraq.

Also featured on that monitor was the logo and slogan for this year’s rally, “All for Freedom.” The phrase succinctly expresses both the global unity of the event and the clear sense of purpose that drives that unity.

Reflecting on his exile from Iran, Ali said, “There comes a time in a person’s life when he has to decide whether to do what he wanted, or to do what he is called to do.” As he tells it, eschewing the career he was trained for in favor of lifelong activism was the only right thing to do in light of the tyranny that has gripped his country. Many others, living in exile, living in Iraq, or gathered together in Paris, would say the same of themselves.