Home News Iranian Opposition How the Mullahs Stole the 1980 Election From the Iranian People and... 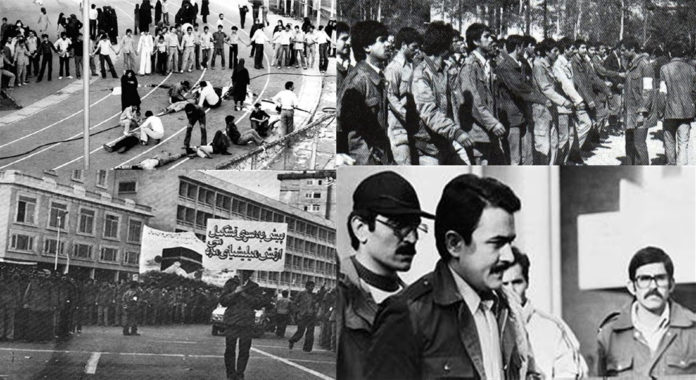 Our previous piece ended with the mullah’s launching violent attacks on the MEK via Ruhollah Khomeini’s terrorist gangs (i.e. Hezbollah) in order to intimidate the MEK into dropping out of the 1980 election. The MEK refused to bow out or to join the mullahs in abusing their power, believing that the democratic system would be allowed to work fairly.

Let’s see what happened next.

Were the MEK likely to win in the elections?

When the mullahs finally began organising an election in January 1980- a year after the Revolution- the MEK were very popular with the people of Iran. The MEK had spent the year rebuilding and reorganising, as all but one of the previous leadership had been executed under the Shah.

Now, the MEK, under the leadership of Massoud Rajavi, had offices and branches in over 250 cities in Iran and their newspaper, the Mojahed, had a daily circulation of almost 600,000 (the largest in Iran).

So when Massoud Rajavi announced he was running for President, he enjoyed widespread public support-even from members and candidates of other political parties- and was expected to do very well with marginalised communities, like religious and ethnic minorities (i.e. Kurds, Sunnis, Christians, Jews), women, students, young people, and secular groups.

How did the mullahs react to that?

Well, the mullahs decided that they didn’t want to risk going up against Massoud Rajavi as they would likely lose.

Instead, Supreme Leader Ruhollah Khomeini disqualified Massoud Rajavi’s candidacy just one week before the elections, giving the reason that Massoud Rajavi had not voted for Iran’s new constitution that created an authoritarian theocracy.

The MEK was undeterred in its fight for freedom and democracy and vowed to continue its political campaign within the framework of the new legal system.

So, the Regime hit back in the only way it knows how: violence and suppression.

Over the course of the election race, the mullahs increased the pressure on the MEK, hoping that they would drop out. Here is just a small sample of what the mullahs did:

• banned the MEK from appearing at universities

• travelled across Iran to openly criticise the MEK

• prevented the MEK from being featured in election coverage

• had Hezbollah attack the MEK’s buildings and meetings in many cities- some 700 MEK members were injured in an attack in Qaemshahr, while 400 more were injured in Mashad

In spite of all this, the MEK was still a viable threat to the Iranian Regime in the elections, so the mullahs rigged the vote tallies and transferred all votes for MEK candidates to the Islamic Republican Party (IRP) candidate so that they could prevent any MEK member from taking a seat in Parliament.

They also handed out IRP leaflets at polling stations, stopped likely MEK voters from casting a ballot, and even had Islamic militants fraudulently fill out the ballots themselves.
What di the MEK do?

Once the MEK found out about this, they denounced the elections and submitted evidence for review. The Iranian people protested in the streets and the Regime eventually set up an investigation into the fraud, but nothing ever came of it.

The Regime did not investigate and no one was ever found guilty. It was the first of many instances that proved that you should not trust the Iranian Regime to investigate themselves. They will not investigate because they don’t want to and this will never change o long as the Regime is in charge.