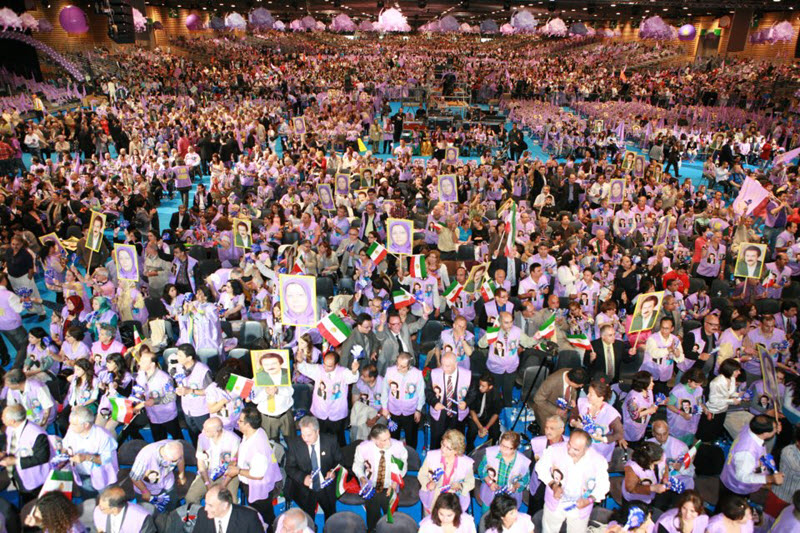 The gathering, which is organised by the National Council of Resistance of Iran (NCRI) and attended by over 100,000 people annually, will show that there is intense support for the overthrow of the mullahs both domestically and around the world.

Many Iranian regime officials have resorted to maligning the event in their parliament and through their propaganda networks, but all this does is show how scared they are by the power of the people.

Foreign Ministry Spokesman Bahram Ghasemi claimed that President Hassan Rouhani had been in talks with the French government to cancel the event. He claimed that this was to do with “terrorism” and said that the People’s Mojahedin Organization of Iran (PMOI/MEK), the main group in the NCRI, should not be allowed to organise events in France.

However, he neglected to mention that the Regime is the world ’s largest state sponsor of terrorism in the world and that the MEK was wrongfully placed on terror watch lists by the West to appease the Regime.

It’s clear that Rouhani’s talks have not worked – not surprising, considering the Regime try this every year and it never works – because Ghasemi began to threaten France, as if that would convince them to cancel the Free Iran Gathering.

But he wasn’t the only mullah to threaten France.

National Security Commission Spokesman Naghavi Hosseini said that this event harm Iran-Europe relationships at a time when the countries are still involved in negotiations over the Iran nuclear deal.

While Kazem Jalali, chairman of the Parliamentary Research Center, and the head of Iran-Europe Parliamentary Relationships Group have written letters to their counterparts in Europe and France warning about increased terrorism and extremism in Europe if the Free Iran gathering goes ahead.

While more Regime officials threatened France and Europe, one admitted – perhaps accidentally – that the West can see that the MEK is a viable alternative to the Regime.

The judiciary’s International Deputy Mohammadjavad Larijani said: “The West believes that the MEK is the only group that could both be active in Iran and perform as an active political organization abroad as well.”

It is clear that the Regime sees that Iranian Resistance and the Iranian people as a threat to its continued existence. They should.

This gathering will only embolden the protesters and encourage the world to support them. This will be the end for the Regime.