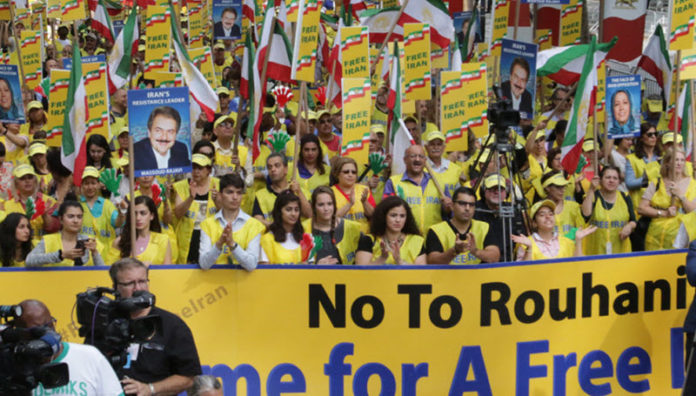 The Iranian Regime is currently attempting to do the same thing to Syria, by providing proxy militias (i.e. Hezbollah) and training to the Syrian army in order to keep the Bashar Assad dictatorship in power. If the civil war ends, as many now believe it will, with Assad in power, Iran will want some sort of power there.

In some Middle Eastern conflicts, the Iranian Regime has backed terror cells in the hope that the conflict will be resolved by a peace treaty that will put the terrorists in a power-sharing government. This is the case in Yemen, where Iran provides the Houthis with training, weapons, and money that they need to take on the Arab coalition to restore the legitimate government.
The Iranian Regime makes no secret of its overall foreign policy ambition: spread its flawed version of Shiite Islam across the Middle East (and eventually the rest of the world), destabilise the countries through sectarian conflict, and take power.

Iran is currently building a Shiite Crescent from the Persian Gulf to the Mediterranean, so that they can further target Europe and Israel. If the Iranian Regime is not stopped, then they will continue until they have the whole world in their grasp.

Of course, a look back at the past two decades of US policy in the Middle East will show that America has accidentally enabled the Iranian Regime.

First off, the wars in Iraq and Afghanistan destroyed the Sunni powers there and allowed Iran to take control. Iraq’s takeover was mentioned above, but in Afghanistan, Iran has actually allied themselves with the Taliban.

Then the 2015 nuclear deal, which was supposed to stop Iran from developing nuclear weapons, provided the Regime with money that they funnelled into their military and used to pay for their malign involvement in Middle East conflicts and support terror cells.

It is beyond belief that the military power of the US has so far failed to stop a regime that with a failing economy from taking over the Middle East, but maybe that should show that the US isn’t meant to fight this war.

Instead, the fight should be taken by those who are most threatened by the continued existence of the Iranian Regime: the people of Iran and their organised democratic resistance forces.
Iran Resistance

As previously mentioned the Iranian economy is in dire straits despite the nuclear deal. Roughly half of Iran live in absolute poverty because of the mullahs’ policies and the Iranian people are fighting back.

Since December, they’ve been taking part in an anti-regime uprising that will soon topple the mullahs. Perhaps the US would do best to openly support the Iranian Resistance and emphasis sanctions against Iran to cut off the Regime’s ability to suppress its people.

Regime change in Iran is the only hope to bring peace to the Middle East.