OSLO- Iran’s Diaspora in Scandinavia, including representatives of 60 Iranian associations and societies, on Tuesday called on the international community to cut ties with the ‘fundamentalist’ regime of Hassan Rouhani and to support democratic change in Iran under the platform of opposition leader Maryam Rajavi.

At a major seminar in Oslo on February 25, the Iranian communities denounced Rouhani as a ‘false reformist’ seeking to ‘preserve the religious dictatorship’ which is ‘engulfed in crises’. Some 600 people have been executed since Rouhani took office, they said.

In a statement, the Iranian communities said: “The only avenue to democracy and human rights and the establishment of a secular system in Iran is the overthrow of the regime in its entirety by the Iranian people and their Resistance. Therefore, full support for the PMOI members in Camp Liberty is the duty of any freedom-loving and patriotic Iranian.” 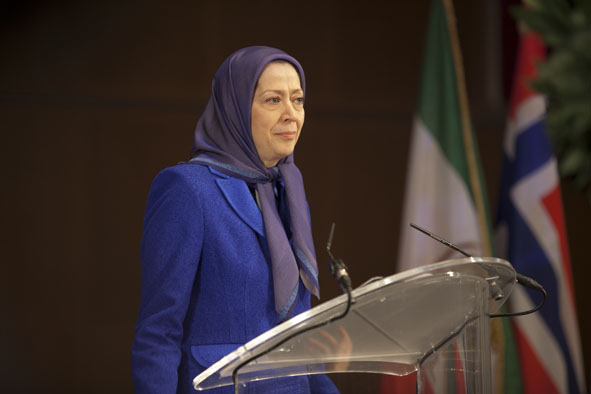 “The 10-point platform of Mrs. Maryam Rajavi, the President-elect of the Iranian Resistance, for the future of Iran reflects the general aspirations of the Iranian people who are fed up with 35 years of a dark religious dictatorship,” they said.

Rajavi, who was keynote speaker, urged Western governments to force the regime to stop torture and execution and to end its warmongering and terrorism in Syria, Iraq and Lebanon.

“Out of an impasse, Khamenei and his regime were forced to take a serious setback in their 20-year massive investment to attain the nuclear bomb,” she said, adding that Western governments should not back down from UN Security Council resolutions, including a complete halt to the enrichment, the Additional Protocol, and stopping the missile program, or else it would give the regime the chance to obtain a nuclear weapon.

The Iranian communities chided the United Nations and the U.S. government for failing to protect 3000 Iranian dissidents who have come under several deadly attacks in the past year in Camp Liberty, Iraq. They urged the international community to act immediately to free the seven Ashraf hostages, provide security to Camp Liberty residents, conduct an inquiry into the crime against humanity in Camp Ashraf, and permanently station UN monitors and Blue Helmets inside Camp Liberty. 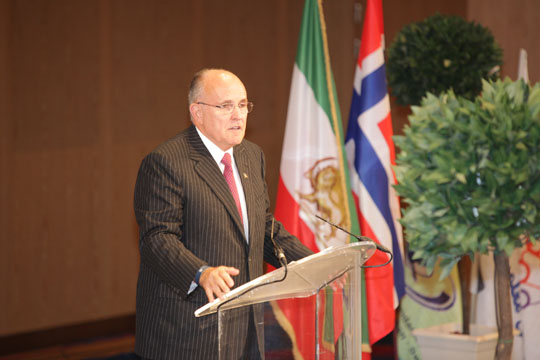